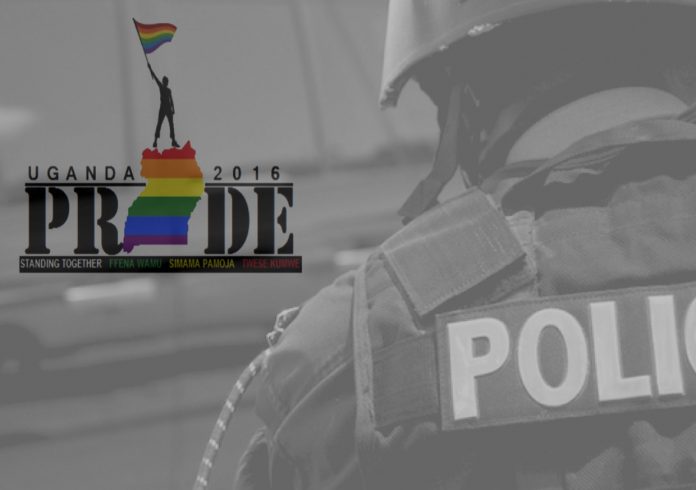 A Ugandan pride event has been raided by the local police force with attendees being rounded up and arrested for breaking the nations anti-LGBTI legislation.

The raid of the “illegal” Mr and Miss Pride pageant occurred on Thursday the 4th of August 2016 and reinforces the nations anti-LGBTI legislation which has made same-sex activity between men illegal since 1894, and between women illegal since 2000.

In addition to a number of arrests, one person is reportedly fighting for their life after jumping off a building to escape the local police forces brutality on pride attendees.

Pride Uganda which was able to take place thanks to a crowdfunding initiative by LGBTI group All Out, has responded to the raids by tweeting “Thanks to every one who has stood in solidarity with us.”

With a 2013 study showing that 96% of Ugandans do not believe society should accept homosexuality, Uganda is set to remain one of the 73 countries around the world where being a member of the LGBTI community can cost you your freedom or even your life.