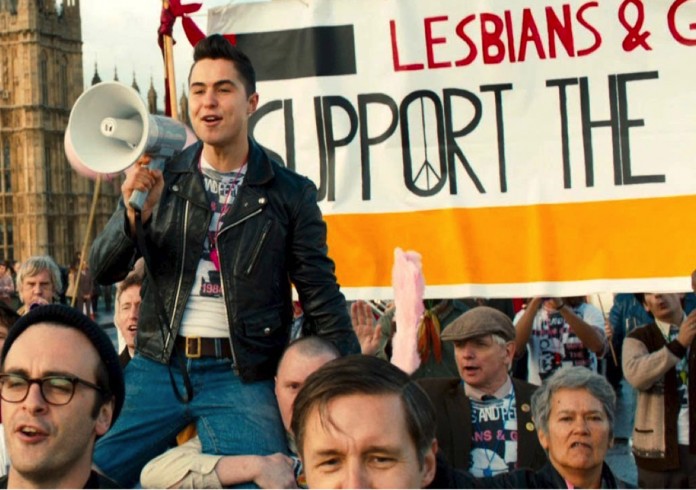 The Golden Globe-nominated, British gay rights film Pride will soon be released in the nation of Russia.

A distributor called Arthouse, is planning on releasing the 2014 British historical comedy besides risking receiving fines under the country’s homophobic laws, which restrict “gay propaganda”.

The iconic film premiered at the 2014 Cannes film festival, and is based on the true story of a London lesbian and gay group that are supporting a coal mining town in Wales during the 1984 strikes.

The film Pride received a 15 certificate rating in the UK for “occasional strong language” and for a scene in the film when fetish clothing is worn by men in a gay club.

Controversy was caused In the United States after Pride received an R rating.

The distributor of the film in Russia has made an attempt to ensure it does not break the country’s “gay propaganda” laws by giving the film an 18+ certificate.

Arthouse which was founded in March 2015 by Sam Kebanov, has been distributing independent and foreign films throughout Russia.

The company has also recently helped to distribute lesbian drama Blue Is The Warmest Color.

Caitlyn Jenner Quarantines in Australia Before Appearing in Big Brother