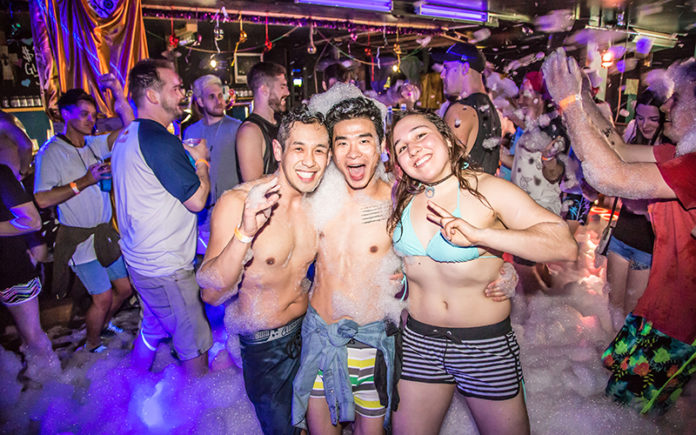 The white stuff has fallen, the skis have been cleaned and the jackets are warm in readiness for Gay Ski Week QT to switch on this weekend.

More than 2,000 LGBTI ski bunnies are heading to Queenstown to live it up for a week on the slopes as well as partying harder than anyone else does in winter.

Events have started selling out already but there are some you can get last minute tickets.

Here’s the line up of parties and events

Event Manager of Gay Ski Week QT Sally Whitewoods said it’s always important to book early and the increase in sales was due to the team working hard to make this year’s festival bigger and better.

“We find that every year, patrons wait until the last minute and are then disappointed when certain events have sold out,” Whitewoods said.

“This year, we’re including new events, such as Gayote Ugly, Rocky Horror Film Night and Propaganda.

“It’s going to be magic. We also have new sponsors who’ve been able to contribute to the event more as well.”

The event will again see MKR and The Gay Chef’s Jordan Bruno and his Mother Anna attending the week as official ambassadors.

@jordanbruno.mkr and his gorgeous mum are joining us again for Gay Ski Week.

Whitewoods is also very excited for the final party of the event on Saturday week.

“This is so exciting and I can’t wait for everyone to experience Propaganda Gold.”

Gay Ski Week QT will be held between 2 – 9 September 2017 and for more information or booking packages go here.