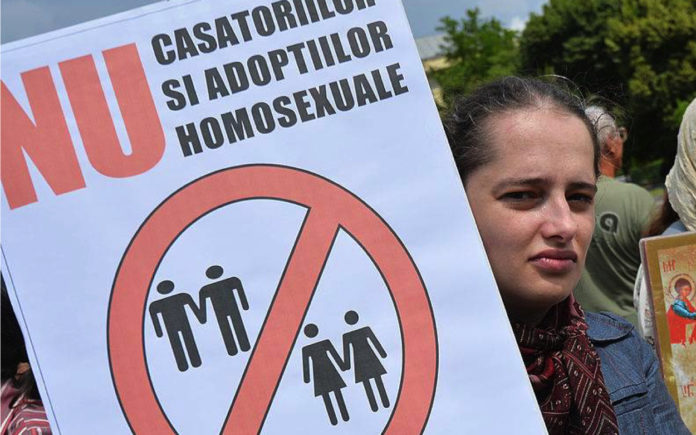 Hopes to achieve marriage equality in the Eastern European nation of Romania could soon be ruled out with the government aiming to introduce a referendum on the topic.

President of Romania’s ruling Social Democratic Party, Liviu Dragnea aims to introduce the referendum in the coming months intending to restrict the constitutional definition of marriage.

Vlad Viski who is the president of the Romanian LGBTI activist group MozaiQ Association explains that “LGBTI people in Romania are going through difficult times.”

Viski says that since homosexuality was decriminalised in 16 years ago, no legislation has been passed to protect LGBTI citizens since.

“Now, we see a wave of hatred directed at LGBTI people, with support from the Orthodox church and American-led neo-protestant groups.”

“It is unacceptable for a party who claims European and social-democratic values to lead the battle to restrict the rights of LGBTI people.”

With the church whose teachings on homosexuality stating that “there is no such thing as tolerance,” playing a major role in Romanian politics, it is no surprise that many Romanians are against any such pro-LGBTI legislation.