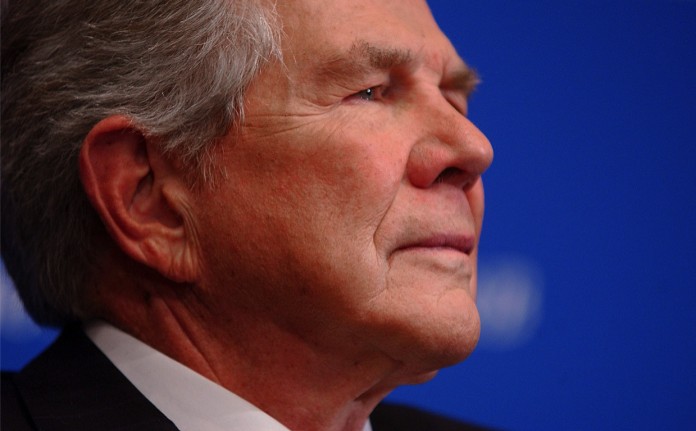 American media mogul, Pat Robertson believes that homosexual people should be required to wear “specially-coloured clothes” as a way of identifying themselves and warning straight people of their sexuality.

The 85-year-old who claims that the legalisation of same-sex marriage will eventually lead to a “massive financial collapse” made his troubling statement on his show The 700 Club.

“We need to stop spreading lesbianism and homosexuality … the only way to stop the spread of these diseases that are plaguing the country is to make some sort of obvious distinction between gay people and normal, straight people.”

Pat Robertson suggests that in order to differentiate, the gay population from “regular people” homosexuals should be required to wear “specially-coloured clothes.”

“That way, regular people would know that the person wearing the said color is a deviant sodomite and that they need to stay away from them at all cost, as well as keep their children away from their reach.”

In October 2015, Pat Robertson also made claims that people need to stand up for freedom against homosexual tyranny, and said that business people like florists and bakers not being allowed to legally discriminate against gay customers is “ridiculous.”

When questioned on his stance and compared to Nazi Germany, Pat Robertson who is the chairman of the Christian Broadcasting Network, justified his stance by saying he is “simply talking about protecting regular people in America, not setting out gays and lesbians as members of the population that should be tortured and slaughtered in concentration camps.”