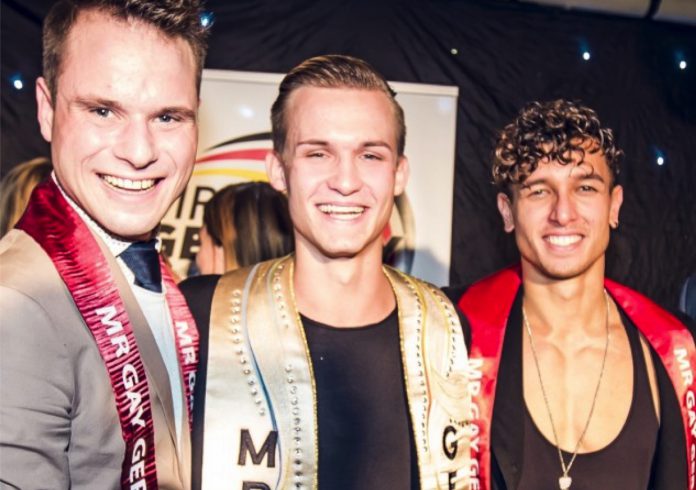 Germany has selected its next Mr. Gay Germany to represent the northern European nation at Mr. Gay World 2017, which will be held in Spain.

21-year-old Pascal Nissing who was born and raised in Emmerich am Rhein (on the German/Dutch border) was announced as the next Mr. Gay Germany at the final which was held in Cologne on the November 5.

During the competition, Pascal beat five other finalists securing the title of Mr. Gay Germany based on his convincing performance and presentation of his well-structured and thought-out campaign “DON’T HIDE.”

Candidates were given 30 minutes to give a presentation following a 30-minute interview with the 14 person jury prior to the final show “Go for Gold” in the TRIPLE A CLUB, hosted by Kelly Heelton, who also hosted the 2016 Mr. Gay World in Malta.

The final which was conducted in front of an audience of fans and friends, had candidates answering questions concerning social issues, and political issues, along with an introduction on their proposed campaigns.

Pascal who works in marketing has also been working as a group leader at an LGBT youth center in Munich called Diversity Munich, where he was recently elected to the three-person Board of Directors for the non-profit organisation.