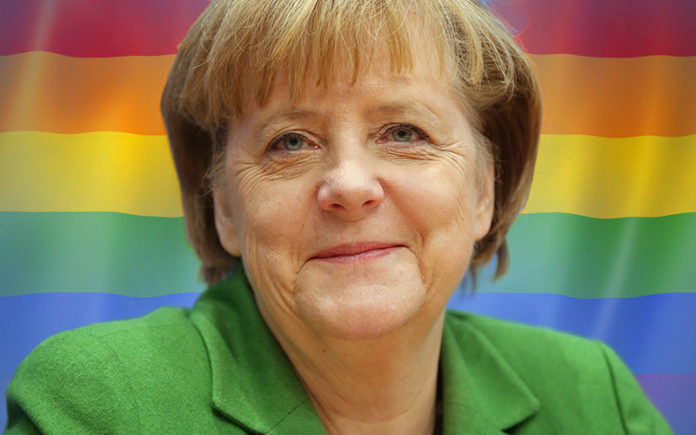 Angela Merkel’s German Government is poised to rescind archaic laws that go back as far as the 1870’s by pardoning more than 50,000 homosexual men, including an estimated 5,000 men who are still alive.

Then the laws were extended under the Nazis to convict thousands of gay men and send them to concentration camps.

The laws were not repealed in West Germany after the fall of the Nazis, and many of the persecuted gay men were not cleared.

Homosexuality was not legalised until 1968 and 1969 in East and West Germany respectively. The age of consent was finally equalised in 1989.

The Government will set aside 30 million euros as compensation for those that are still alive.

Each surviving man is entitled to 3,000 euros and 1,500 euros for each year spent in prison and the bill still requires parliamentary approval. The Justice Minister Heiko Maas said the law was long overdue.

“We won’t be able to make up for the sustained injustice, but we want to give a clear signal that the state of law is capable to correct its own mistakes, because it is never too late for justice.”

“We can never completely erase the travesty of justice, but we want to rehabilitate the victims,” Justice Minister Heiko Maas told AFP.

The process to quash these convictions began in May and follows the UK’s move earlier this year to pardon thousands of men under Turing’s Law.

The legislation comes after pressure from LGBT organisations in the country, who have urged the changes to be brought in quickly – so that some of the men will see their names cleared in their lifetimes.