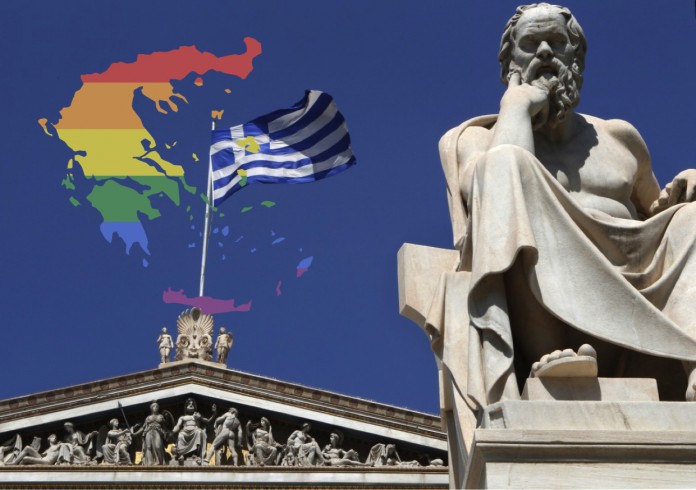 The world’s oldest democracy will soon vote on whether to allow same-sex couples the right to a civil union.

Despite strong opposition from the Orthodox Church and right-wing politicians, the draft legislation is scheduled to be heard on December 22 and aims to amend the current civil union law of 2008, giving same-sex couples the right to a civil union.

The proposed amendment to bring Greece closer in-line with the rest of the European Union comes after condemnation from the European Court of Human Rights in 2013 for anti-gay discrimination, highlighting that the current Greek civil union legislation specifically excludes same-sex couples.

The current governing Syriza party and the nationalist Independent Greeks (ANEL) hold a majority in Greece’s 300-seat parliament. ANEL have specified that they intends to vote against the motion.

Marina Chrysoveloni an ANEL spokeswoman described the vote as a “very important and delicate issue.”

As reported by Greek newspaper Kathimerini the draft legislation drew thousands of critical comments during a two-week period of public consultation, and had been strongly opposed by the Church.

Despite this, Metropolitan of Nafpaktos Ierotheos has attempted to play down the Church’s opposition saying, “The cohabitation agreement is evidently different from the Church’s proposal on the life of man.”

He adds, “However, every man is free to make his own choices and, as a result, he will also have to shoulder the responsibilities which derive from these choices.”

Alexis Tsipras who is the current Greek Prime Minister hopes to see the bill safely pass through parliament with cross-party support.

Greece who is now lagging behind much of the world in regards to LGBTI rights is now one of the only European countries where same-sex couples are unable to receive any kind of official recognition for their relationship.