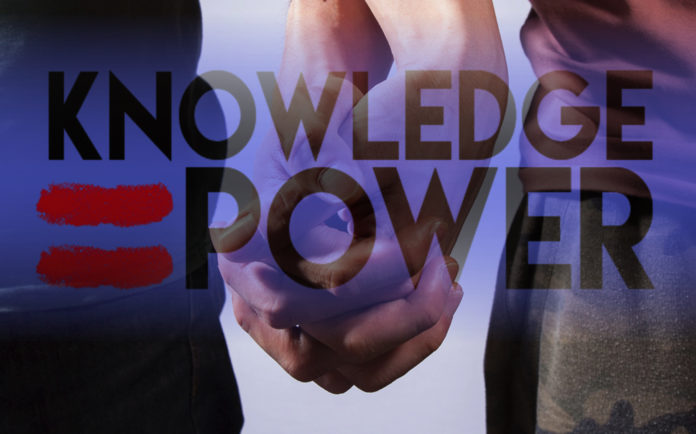 We live in really bold and exciting times in relation to the HIV response, now more than ever before we have to navigate the wealth of options and complex information at our disposal.

Misconceptions and stigma perpetuate transmissions of HIV and so we need to make sure that we are staying current and informed and utilising the strategies that best work for us.

I hope to dispel some common HIV myths and misconceptions. We can beat HIV, everyone can do their part and the best place to start is through education.

4. You can tell a person’s HIV status by looking at them

You cannot. It’s as simple as that.

Most people living with HIV are on effective antiretrovirals and as such are as vital as anyone else. Gone are the days of lypodystrophy and karposi sarcoma and people wasting away before our very eyes.

Life expectancy of a person adherent to medication is the same as an HIV negative person and all of the good health that entails. So the notion that you can gauge a person’s HIV status by how healthy they look is nonsense.

3. Condoms are the only HIV prevention tool

This one is without a doubt one of the biggest and most outdated misconceptions to smash.

It’s no longer a world of just condoms or abstinence. We live in a golden age of prevention and now we have other scientifically backed options to add to our lexicon and repertoire.

PrEP: Also known as Pre-Exposure Prophylaxis, is a combination of two medications (tonofovir and emtricitabine) in one pill which in its nongeneric form is sold under the brand name Truvada. When taken regularly by an HIV-negative person it is a highly effective barrier to the transmission of HIV. PrEP is a great idea for someone who is HIV negative that has sex in a variety of situations where condoms are not easily or always used for penetrative sex.

UVL/TasP/U=U: Also known as Undetectable Viral Load/Treatment as Prevention/ and Undetectable=Untransmittable. There is now evidence-based confirmation that the risk of HIV transmission from a person living with HIV (PLHIV), who is on Antiretroviral Therapy (ART) and has achieved an undetectable viral load in their blood for at least 6 months is negligible to non-existent. In the lengthy PARTNER study, there have been no transmissions someone living with HIV on effective treatment with a sustained viral load. Zero.

2. Everyone knows their HIV status

Unfortunately, that just isn’t the case.

There is a lot of fear and perceptions around people who know they have HIV spreading the virus when in actual fact the majority of HIV transmissions come from people who don’t know their status or have been exposed to HIV in between their tests.

In New Zealand, it is estimated that 1 in 5 people don’t know they are living with HIV. In fact, in 2015, 38% of the people diagnosed with HIV had significantly depleted immune systems, which is indicative of later stage diagnosis. Considering you are at your most infectious when you first seroconvert the importance of looking after yourself by using the prevention methods available to you in tandem with regular testing in direct proportion to the amount (and type) of sex you are having is paramount.

The only thing you have power over is how you choose to keep yourself safe utilising any of the techniques and interventions that work for you. And serosorting based on someone’s perceived HIV status is not one of the smarter or effective options.

1. HIV can be contracted from Kissing

The main ways this can happen are: unprotected sex, from mother to child during pregnancy, childbirth or breastfeeding, injecting drugs with a needle that has infected blood in it, and infected blood donations or organ transplants.