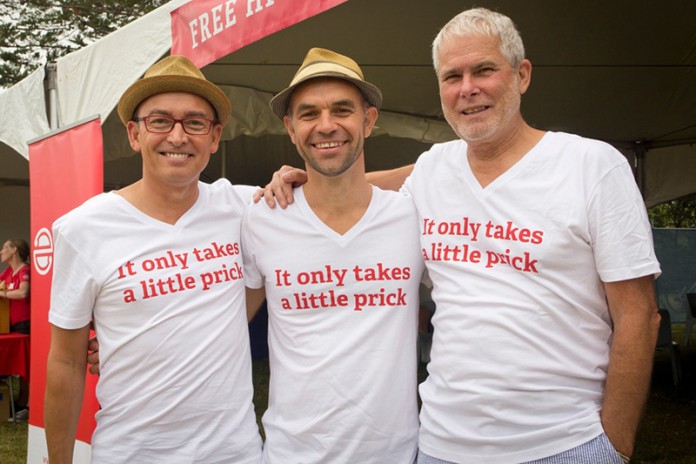 One in 15 gay and bi-sexual men in New Zealand already have HIV and it’s likely 20 percent of those may not even know it.

The startling figure followed a 2012 study by the University of Otago and that has led to May being declared National HIV Testing Month.

The New Zealand Aids Foundation (NZAF) are promoting the month as a reminder to everyone that even though you may think you are negative it is better to check and make sure.

Testing can be a daunting thought for many, which is why a supportive environment is key in making a decision to test.

Executive Director of NZAF Shaun Robinson explained that the encouragement of family and friends is critical to feeling comfortable about taking an HIV or STI test.

“We know from our 30 years of working the community that the encouragement of family, friends and whanau is critical in ensuring that people test and feel supported which can be hard if cultures are less comfortable talking about sex,” said Shaun Robinson.

“In a NZ population that is changing significantly, there is a need to ensure that everyone is well informed and equipped to keep themselves healthy, including their sexual health.

“HIV and AIDS have fallen off many kiwis’ radar, but everyone has level of risk.

“Gay and bisexual men are still the most at-risk group but there is a trend of increased risk for many new migrant communities from Asia and Africa.

Tests in the month of May can be booked in with the NZAF, the tests are free and because its a rapid test the results are known within 20 minutes.