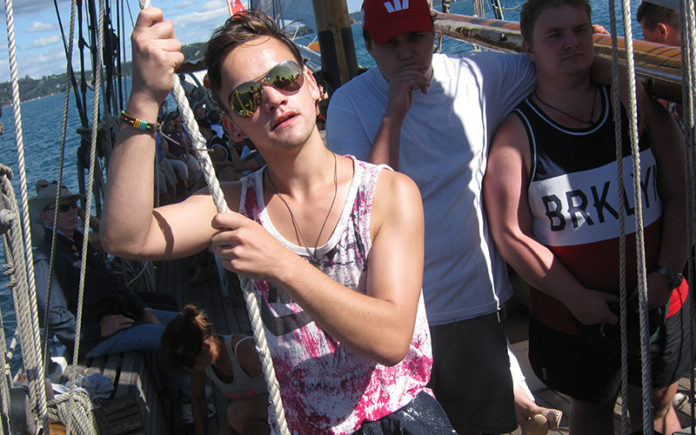 An incident where he and his boyfriend were threatened and abused on the outskirts of a New Zealand country town has provided the motivation for Caleb Norman to enter the Mr. Gay New Zealand competition.

The 18-year-old, who is a finalist in the 2017 competition, believes the whole incident highlights the key issue that is facing the rainbow community in New Zealand and across the world, ignorance.

Speaking with eikon, Caleb explained the word ignorant, when used in an informal context holds the meaning of being rude or discourteous.

“Wherever we go, we are confronted by people who are ignorant,” Caleb said.

“Just last year I had a personal experience of my own which was eye-opening. One day my boyfriend (at the time) and I decided to go for a walk into town.

“As we were minding our own business walking along the side of the road, a group of guys decided it was acceptable and funny to swerve towards us with their car while yelling out nasty, derogative things.

“All in an attempt to shame us for holding hands in public. They succeeded. For the first time in a long time, I felt ashamed.

“I had come so far over the years in building my self-confidence and coming to grips with who I was. Yet within a matter of seconds, it was crushed once again.”

But for Caleb, the experience of being involved in Mr. Gay New Zealand has helped propel him to excel in the competition.

“What excites me the most about being a part of this competition is experiencing first hand all the support and kindness that people have shown towards myself and the LGBT community.

“Just seeing the aroha, not only from my own whanau and friends but also from complete strangers is heart-warming and gives me hope for what the future has to hold for the LGBT community.

“That incident was a huge learning curve for me which gave me the final kick that I needed to get up and attempt to make a difference in our community.

“Because no one should ever be ashamed of who they are, not even for a split second.”

The first year Veterinary Nursing student thinks that his upbeat and bubbly personality is an attribute that makes him stand out from the other finalists.

Far from being confident of winning and heading to Mr. Gay World in Spain, Caleb believes all the finalists have aspects that truly stand out and reflect them in ways different to each other.

“All the contestants have done amazingly in their campaigning towards the title of Mr. Gay New Zealand and should be applauded for the time and effort that they have invested.

“However, in my opinion, the one candidate that I believe has really stood out above the rest, is none other than Charlie Tredway.

“Charlie is truly inspirational and would be an outstanding role model for the LGBT community.”