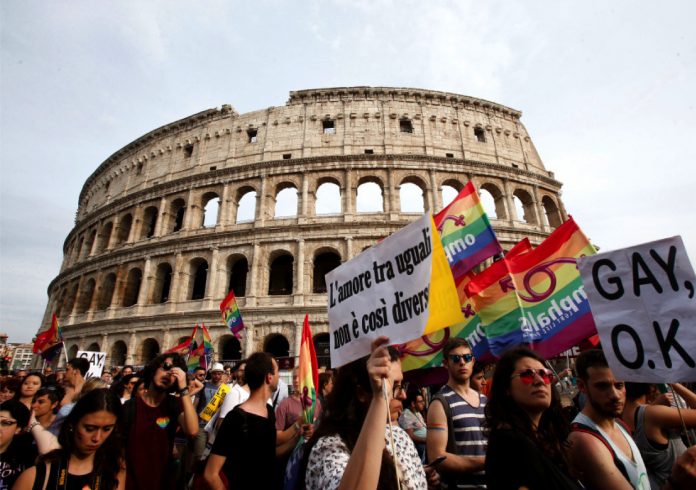 Three heavily Roman Catholic countries have celebrated their Pride festivals this weekend, with parades being held in Italy, Croatia, and Poland.

With thousands of attendees and celebrants marching in parades across the three capitals, Rome, Zagreb, and Warsaw, the attendees were keen to show that the three Catholic Nations are ready to progress and move-on from anti-LGBTI legislation that is particularly evident in Croatia and Poland.

Despite progress being made in Italy, where Parade goers celebrated the country’s newly established Civil Union Laws, both the Croatian and Polish celebrations became more of a unified stand against their Governments shifting further to the right spectrum of politics.

With Croatia banning same-sex marriage in 2013 via a national referendum, the nations Former Interior Minister Ranko Ostojic and several other prominent Croatian politicians showed their support for the countries LGBTI citizens by appearing at the “Croatia Is Not Over Yet,” themed Zagreb Pride festival.

Similarly in Poland, there has been little progress toward LGBTI equality, with a conservative government taking power in November 2015, many citizens are concerned that the situation may worsen for members of the LGBTI community.