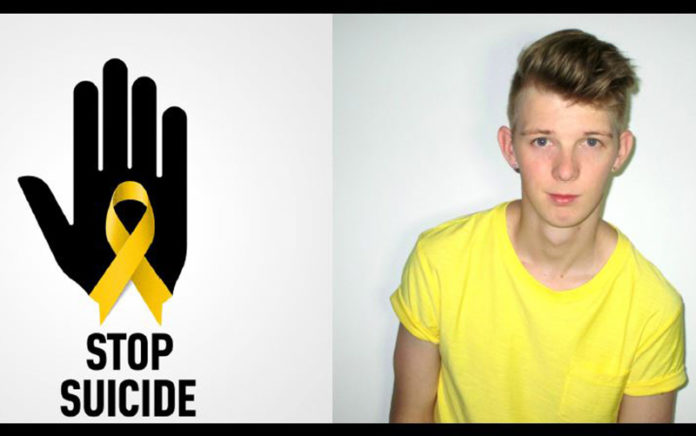 Our country is known for its beautiful landscape and rich diverse culture.

Now we are starting to become known for one more thing. New Zealand has the highest youth suicide rate in the developed world. We are at almost two and a half times the average rate for suicidal adolescents. Its the epidemic that is almost the elephant in the room and for some reason we are hesitant to talk about it.

I want to break that silence. What is suicide? Suicide is the act of taking one’s own life.

Our national suicide numbers are on the rise. 606 kiwis took their own life in the 2015-16 year which is up compared to the year before which was 579, and 564 the year before that and similar in the 2010-2011 year. With many more attempting suicide or experiencing levels of distress that places them at high risk.

Suicide has a devastating ripple effect on communities, not just for those who die by suicide but for their family, friends, colleagues and the wider community.

It’s not about race its about people and education. It’s about recognizing the signs and getting help before it’s too late.

My Name is Cody Jarvie and I want to help raise awareness, decrease the suicide rate, numbers and end the stigma surrounding it not only in New Zealand but in other countries also.

To prevent suicide it is vital that everyone – individuals, families, communities, employers, the media and government agencies – work together to promote protective factors and reduce risk factors known to influence suicide. But as humans, we have a problem with communication and a problem with understanding others.

I want to tell you there is no shame in talking to someone about how you are feeling, having a cry, getting a hug or tell others what you are thinking and that there is always someone to talk to. We are very fortunate to live in an age where places like lifeline and youth line are easily accessible another problem we have is we don’t know what to do, what to ask or what’s going to happen when we ask for help.

No single initiative or organisation can prevent suicide on its own this is why I want to spread the word New Zealand.

What kind of future are we building for ourselves and others if we don’t act now?

During the Ending HIV Big Gay Out I will be wearing yellow and handing out yellow ribbons to support those who have lost lives and to the ones who have overcome their challenge now, I challenge you to wear yellow, show your support to prevent suicide and raise awareness and end the stigma surrounding it.

This is just one of the issues that I would address given the platform of Mr Gay New Zealand.

I want to be a voice for those who feel like they can’t speak freely or simply are not being heard. I also believe I can have a positive effect on the well-being of the Present and Younger Generations as well as the LGBT community in New Zealand and other countries.