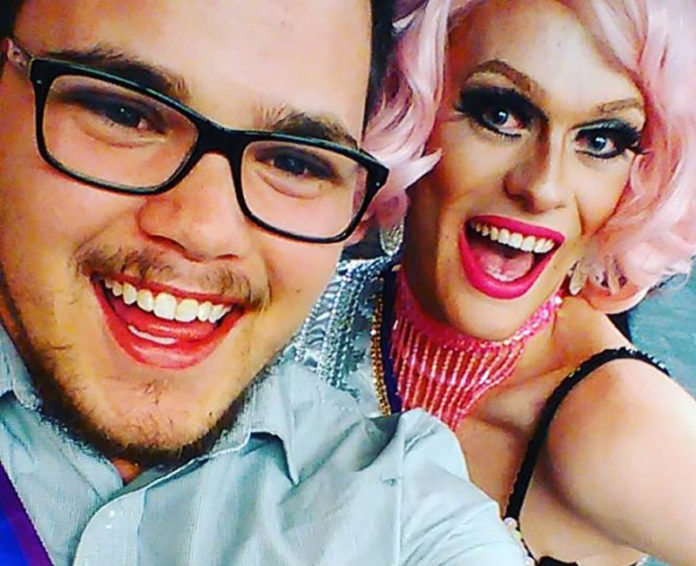 I too use to believe that sex and gender were the same until I was educated by an amazing person called Aych. At the time they were working for RainbowYOUTH running their education programme. This was when I first heard the term genderfluid and understood finally what my gender was.

For a while, I assumed that I might have been transgender as I didn’t feel like the term male-defined who I was as a person. I too often enjoyed dressing in heels, wearing makeup and occasionally dressing in dresses. Being able to define my gender felt amazing and freeing.

However, my gender is often called to question when filing forms often resulting in me being made to choose between the binary option of male and female, this is quite challenging for myself as I don’t identify as one gender more than the other, I have equal traits of both binary gender identities.

Gender like sexuality is a spectrum and is very fluid. It’s ever changing and cannot be defined by someone’s physical sex.

The best way I can explain the difference between sex and gender is through the use of the gender bread person.

Above you can see that sex and gender are two separate things and not connected in any way. Gender is not based on biology but rather can be seen as learnt experiences and self-perception of the self. Rather gender is how you interpret your own physical body and gender expression is then how you choose to express that chosen gender. Gender identities range from man, woman, genderfluid/genderqueer, bigender, pangender, agender and non-binary to name a few.

Because gender is something that only an individual can decide it is often considered courteous to ask a person what pronouns they prefer to be called by as a means of not upsetting the individual. I myself prefer to use the pronouns they, them and their. Others prefer pronouns such as he, him or she, her. These are not limited, as pronouns like gender are fluid.

The struggle of being gender diverse does not just stop at filing forms, It spans into social media groups where I am often called a freak, an attention seeker and told that I am male because I have a penis. I struggle daily to be able to express my gender identity in its true form as society and even the queer community still does not fully understand the gender spectrum.

The fight for gender identity to be recognised and accepted in today’s society is still one that is very much alive.

As Judith Butler states “It’s my view that gender is culturally formed, but it’s also a domain of agency or freedom and that it is most important to resist the violence that is imposed by ideal gender norms, especially again those who are gender different, who are nonconforming in their gender presentation.”