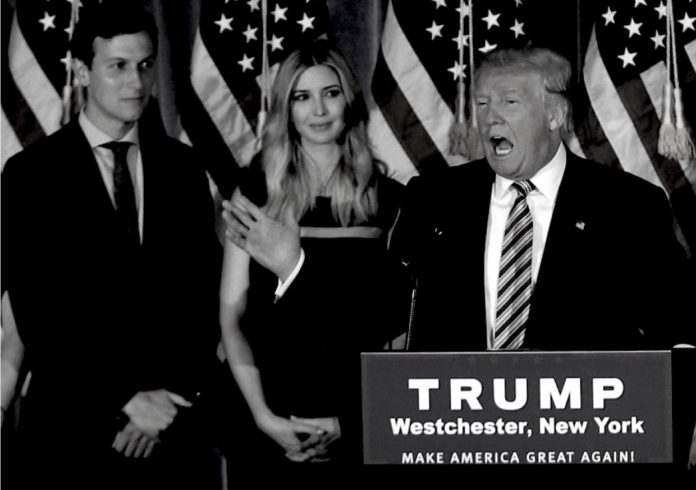 President Donald Trump’s recent decision, to not move forward with an Executive Order essentially reversing Obama-era LGBTI protections has been credited to Ivanka Trump and her husband Jared Kushner.

According to Politico, Ivanka and Jared who are known to socialise with a wide range of people including members of the LGBTI community, completely opposed the proposed order, and pushed for the Trump White House to make a statement in support of LGBTI Equality.

“President Donald J. Trump is determined to protect the rights of all Americans, including the LGBTQ community,” read the official statement from the Trump White House.

“President Trump continues to be respectful and supportive of LGBTQ rights, just as he was throughout the election. The executive order signed in 2014, which protects employees from anti-LGBTQ workplace discrimination while working for federal contractors, will remain intact at the direction of President Donald J. Trump.”

With Obama’s protections requiring all Federal contractors to not discriminate against LGBTI workers, both Ivanka and Jared are reported to have anticipated a major uproar should the executive order removing those protections be signed.

While reports of Ivanka and Jared’s involvement in Trumps decision being unsubstantiated, Trump’s recent action of not signing the anticipated Executive Order enforcing “religious freedom” does appear to be out of character, referencing the President being on record as not supporting marriage equality, endorsing and supporting openly homophobic and transphobic individuals like his vice president, Mike Pence.