Canadian Prime Minister Justin Trudeau has kicked off Vancouver Pride week in style by dropping into a gay bar for a beer.

Trudeau made a stop at the Fountainhead Pub on Davie Street (Vancouver’s Oxford Street or K Road), shaking hands with patrons, taking selfies, and having a quick beer.

The visit, which is believed to be the first by a Canadian PM in history, lasted just 15 minutes but enough time for social media to explode and local news services to grab coverage.

Here’s @justinpjtrudeau when he made a stop at @thefountainheadpub on Davie Street today. It may have been the first time a sitting PM stopped in at a gay bar. Find the link in our bio to read more about what happened. #prideweek #justintrudeau #vancouver #pride #primeministerjustintrudeau

Trudeau has made a habit of marching in gay pride events since becoming PM in 2015 and with a Federal election expected in October 2019, he is surely to do lots more drinking in pubs and shaking hands with the gay community.

Vancouver Pride is held this week with the pride parade along Davie Street to be held on Sunday 4 August beginning at midday down Robson, Denman, and Beach Ave before ending at the Sunset Beach Festival. 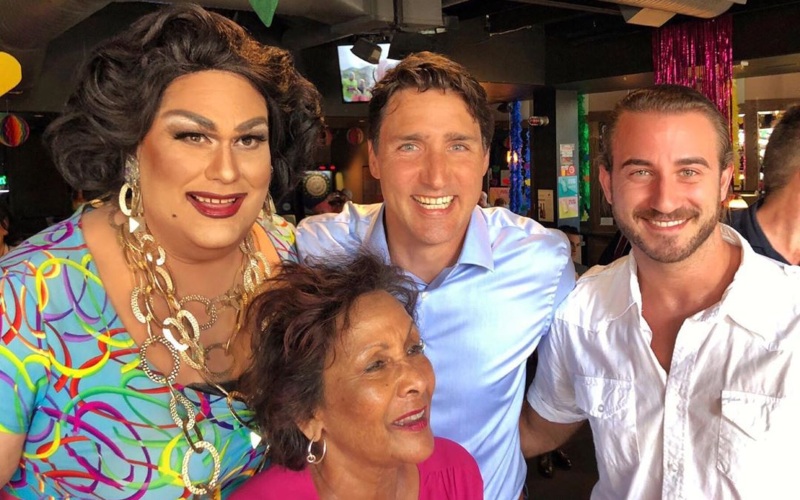 Look out for Justin Trudeau he just might be there having a selfie with a drag queen.