The first airport terminal in the world named after a member of the LGBTQ+ community has been officially opened at San Francisco International Airport.

Harvey Milk Terminal 1 was opened on Tuesday after a $3.5 billion upgrade of the terminal which sets a new standard of travel experiences for travellers, particularly from the Asia Pacific region.

He served on San Francisco’s Board of Supervisors for 11 months before he and Mayor George Moscone were assassinated in 1978.

San Francisco Airport(SFO) Director Ivar C. Satero said the new Harvey Milk Terminal 1 sets a new benchmark for the airport experience and serves as a tribute to the life and legacy of a pioneering civil rights leader.

“For millions of people around the world, SFO is the first impression of the San Francisco Bay Area, and Harvey Milk Terminal 1 showcases what makes our region great: a spirit of innovation, a focus on the environment, and most importantly, a commitment to diversity, equality, and inclusion,” Mr Satero stated.

“I hope travellers around the world are inspired by the story of Harvey Milk in the terminal at SFO that bears his name.”

Nine days before he died, Milk recorded an audio will to be ‘played only in the event of his death by assassination’.

The focal point of the new terminal is the exhibit, Harvey Milk: Messenger of Hope, honouring the civil rights leader and his impact on LGBTQ+ rights.

Spanning nearly 120 metres, it includes 100 dramatically blown-up images of Milk – many crowdsourced from the public – as well as art, mementos and ephemera.

The airport welcomed 58 million passengers in 2018, a 3.5% increase over 2017, and a 5.7% increase in international passengers. There are nearly daily flights between Auckland and San Francisco most days resulting in more than 4,100 weekly seats between the two cities. 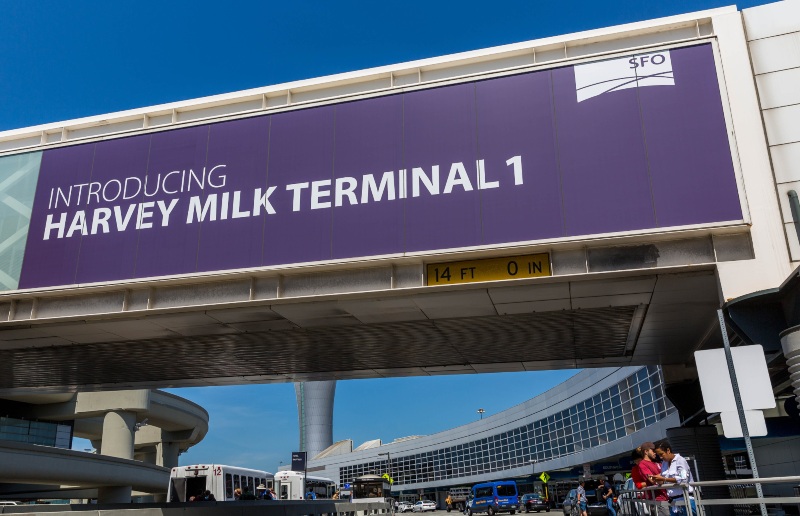 Harvey Milk Terminal 1 is designed to better connect passengers with the environment beyond their gate.

World-class amenities include:
• Floor-to-ceiling windows that darken and lighten according to sunlight; circular openings in the ceiling – called oculi – that let light in
• Gate areas fashioned as lounge rooms, with 2,134 places to sit down on 34 types of seating including leather, plastic, metal and fabric chairs, sofas and banquettes
• The first-ever airport multi-use all gender toilette and an animal relief room
• Site-specific art including 14 new public artworks to engage travellers during wait times
• Self-energising lifts, moving walkways and Go Slow escalators that reduce the use of grid electricity
• An energy-efficient baggage carrier system (Individual Carrier System or ICS), the first of its kind in the United States 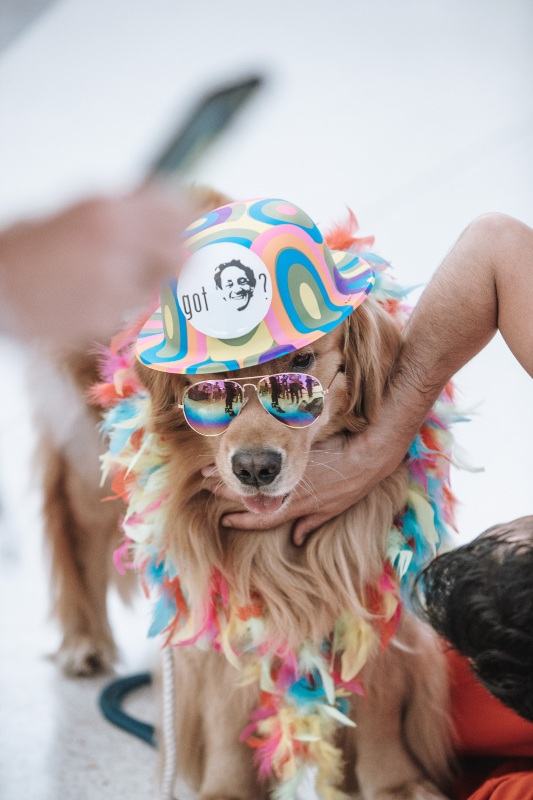 SFO’s goal for carbon dioxide emissions by 2021 is zero. While passenger traffic has grown 86% since 1990, SFO already has reduced emissions by 39%.

The Harvey Milk Terminal 1 utilises 70% less energy while accommodating 70% more passengers than other terminals at SFO.