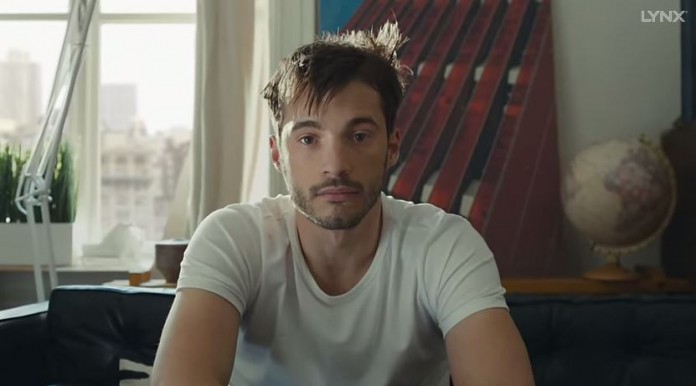 The complaints about a television advertisement that shows kissing between two men, has been dismissed by the Australian advertising watchdog following a similar decision in New Zealand in January.

The Australian Advertising Standards Bureau received the complaints following the airing of the Lynx’s hair product commercial which depicted a young guy using the product like an actor on the silver screen. The voiceover stated “kiss the hottest girl” and the actor kisses a girl and then in the next shot kisses a man to the voiceover continuing “or the hottest boy”

Complaints against the ad included one comparing it to the demands of terrorist group ISIS.

Many said there was “sexualually explicit material” and complained about “the gay minority dictating terms to the normal majority”.

Another complainant said: “The man kissing another man in the ad promotes homosexual behaviour and has nothing to do with the product.”

The watchdog dismissed all complaints against the ad, noting that it is not inappropriate to show gay intimacy in advertising.

“The board noted the overall tone of the complainant’s concerns suggesting that the advertisement features sexually explicit material,” the ASB said.

“The board considered the scene involving the two men kissing and noted that the scene is very brief and that the kiss is not lingering and is not particularly passionate and does not then lead to any further kissing or intimacy.”

The ASB noted that they have been considering complaints about advertisements depicting same sex kisses for the past decade and has consistently found those types of advertisements to not breach the Code.

They also used a decision by the New Zealand Advertising Standards Authority (ASA) on the same commercial as a determining factor in their decision.

The ASA dismissed the complaints, without seeking a response from the owner of Lynx, Unilever, saying “When considering the content, the Chairman said the depiction of homosexuality was not grounds for complaints in itself.”

In response Unilever said the commercial was not in breach of the advertising code.

“The scenes in the television commercial depicting the young man kissing another man on the lips are in line with prevailing community standards which treat gender and sexual preference fairly, impartially and tolerantly,” Unilever said.

“ For example, the television commercial has received praise both nationally and internationally for the progressive and nonchalant manner in which it shows the two men kissing on the lips.”

The full details from the decision by the ASB is here.

The full details of the NZ ASA decision is here.