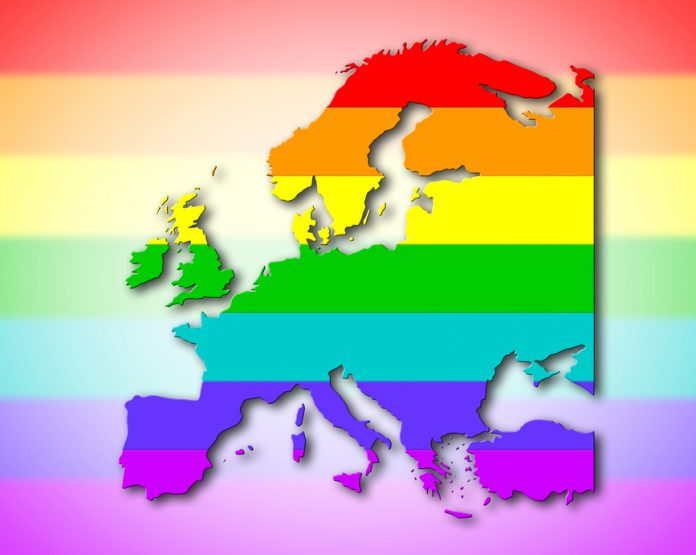 As the Eurovision Song Contest kicked off in Stockholm this morning embracing diversity and the LGBT community as a large part of that, rankings have been released showing where european countries rank in terms of gay rights.

Advocacy group ILGA-Europe ranked 49 countries in the annual report, based on their laws pertaining to same-sex marriage, adoption, rights for transgender people, protections against discrimination and more.

The report highlighted Ireland as one of the countries to take big steps in LGBT rights after a voter referendum and then legislation legalizing same-sex marriage last year.

Overall in the Rainbow Europe report, Malta came out on top, mostly due to its groundbreaking laws over the past year to protect intersex people – those born with sex characteristics that do not fit into typical notions of female and male bodies.

Belgium took second place, followed by the United Kingdom, Denmark and a tie of Spain and Portugal for fifth place.

The countries that performed the worst in the report were Monaco, Turkey, Armenia, Russia and Azerbaijan at the very bottom.

Although homosexuality is legal in Azerbaijan, the 2016 index draws attention to the country’s failure to protect its LGBTI community from hate crime and discrimination.

The review links the low score to the high number of homophobic and transphobic violent attacks, as well as discriminatory remarks made by political figures.

ILGA-Europe advocacy director, Katrin Hugendubel emphasized that though Eastern European countries and those outside the EU tend to be rated the worst for gay rights, Western countries still had much progress to make.

“You can’t move ahead on one thing and think the job is done,” said Hugendubel to The Local.

“In the EU there’s a feeling that lack of equality is only happening outside of Europe, so this is a reminder that we’re not all on the right side of history quite yet.”

Germany, for example, allows same-sex partnerships but does not recognize same-sex marriage and gay couples have limited rights when it comes to things like adoption or in vitro fertilization.

“Germany is moving down because standards are going up and there is also a big complacency problem in Germany,” Hugendubel said.

“The general feeling is that things are quite nice to live as an LGBTI person in Germany and there are no real problems – but we’re stuck,” explained Hugendubel, who is from Stuttgart.