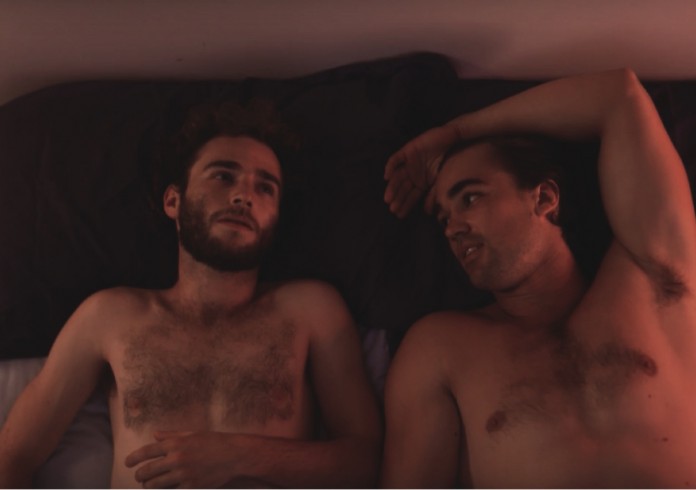 The brand-new kiwi-made web series that follows the relationship between two guys after a casual hook-up has been funded through kickstarter.

Episode two moves the encounter from the Dean’s(Riley Brophy) bedroom where the two guys have hooked up a few times to the loungeroom of Lucas'(Matthew Dussler). The theme of the episode touches on the age-old question of whether it is still a hook-up or becoming a relationship after more than one catch-up.

“Episode One has been doing phenomenally well. We have had over 105,000 views of the first episode and continue to gain around 1000 views a day,” McKegg explained to eikon.

“Three months after release! We’re hoping that episode two does nearly as well.”

Along with episode two McKegg is launching a Patreon page which will allow supporters to help us create more LGBT content.

“I’m currently developing two other LGBT webseries that we hope to fund via Patreon and Boosted.

“The first is “Being Jessica” – a documentary-style comedy about a transgender woman saving for her surgery while being followed by a quirky crew. It’s a great show written and starring the incredibly hilarious and talented Jess Green.

“The other show is “Loved” which is a comedy drama that focuses on a fortysomething gay man dealing with anxiety and relationships in a post marriage equality world. The aim is to show the differences of growing up gay now as opposed to the 80s and 90s.”

Episode two of Two Naked Gay Guys is live now and you can view it right here below.