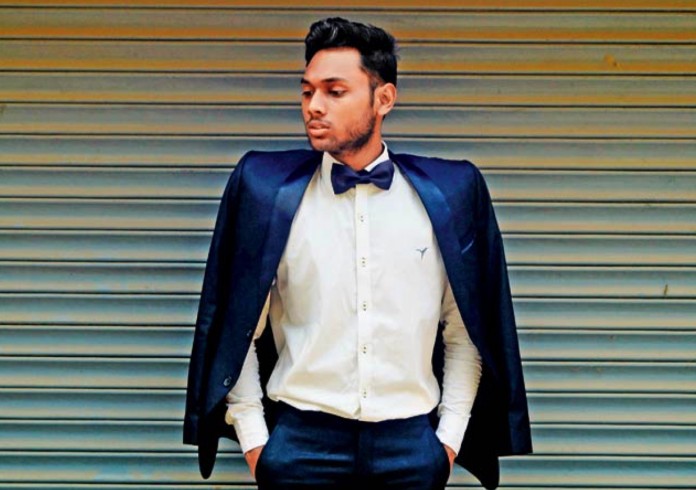 India has chosen their latest Mr. Gay India who will be representing the South Asian country in the Mr. Gay World 2016 Competition which is to be held in Malta from April 9 to 23.

20-year-old Anwesh Sahoo, comes from a small town, Kaniha in Odisha, and is a student at the IIIT (International Institute of Information Technology) Delhi.

Sahoo will be mentored by Sushant Divgikar, who represented India in the 2014 Mr. Gay World Competition, and is the national director of the Indian Competition.

Speaking about Sahoo’s win, Divgikar says, “At 20, Anwesh is the youngest Mr. Gay India. He was the dark horse in the preliminary rounds of the pageant. But he was consistent, beating 232 others. He is talented and has a great future.”

Speaking about his win Sahoo says he choose that his campaigns theme is about “fitting out” which is opposed to “fitting in.”

“Masculinity and femininity are being redefined. People need to be empowered for who they are. I drew inspiration for this campaign from my struggle to be accepted in school.”

“I realised that being queer was beautiful and was able to accept myself. My sister was very supportive and helped me tell my parents. From being bullied in school to winning MGWI; it has been such an amazing journey,”

Sahoo who will be in Mumbai for the Gay Pride Parade on February 6 says that he has been warned by his manager Sushant that he will “get a lot of hate mail” for being Mr. Gay India, especially from those who are homophobic.

However he says he is “ready for that too,” and believes that it is “a great honour” for him, to “inspire others.”

Anwesh Sahoo will join other representatives from around the world competing in the 2016 Mr. Gay World Competition, including the winner of the Mr. Gay New Zealand 2016 Competition who will be announced during the LYC Big Gay Out on the 14th of February 2016, at Coyle Park, Pt Chevalier, Auckland.