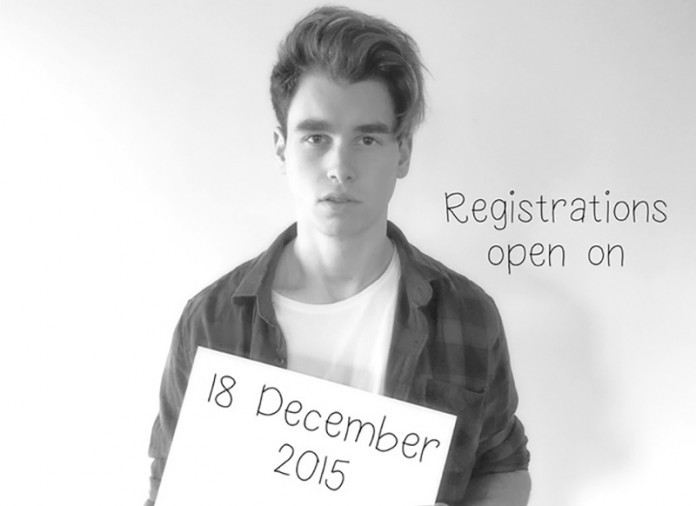 The hunt for the next Mr. Gay New Zealand will begin next month as details surrounding the 2016 competition were released today by the incumbent Matt Fistonich.

Anyone wishing to nominate for Mr. Gay New Zealand 2016 can register from 18 December 2015 by visiting www.mrgaynewzealand.com

The 2016 competition winner will represent New Zealand at the 2016 Mr. Gay World Competition in Malta next April.

In launching the search for his successor, Mr. Gay New Zealand 2015 Matt Fistonich announced that this year’s entrants will need to cover off attributes such as Leadership, Relate-ability, Communication, and their ability to Engage with the wider LGBTI community to win the 2016 nomination.

“I believe the Mr. Gay New Zealand competition is a great opportunity for people to get involved in and support the LGBTI community in New Zealand and around the world.”

“The Mr. Gay New Zealand platform provides kiwis with a fantastic opportunity to not only challenge themselves mentally, but help them build confidence, meet new people, learn new skills, and help in their personal development.”

The 2016 Mr. Gay New Zealand competition assessment will be broken up into five main categories including:

Mr Fistonich said the 2016 New Zealand competition mirrors many of the attributes that are tested in the Mr. Gay World competition and this new competition will give the local winner an edge when heading to Malta.

“The competition gives kiwis a unique opportunity to put themselves at the forefront, and encourage acceptance, inclusion and understanding for one another. As a nation we must not become complacent, we must continue to educate and encourage a positive change for equality throughout the world,” explained Fistonich.

“My time as Mr. Gay New Zealand 2015 has opened many doors, and given me the chance to gain a greater understanding of the wide range of challenges and issues that face members of the LGBTI community around the world. Ranging from criminalisation, discrimination, HIV and AIDS, Self-esteem, Suicide, and Bullying.”

“New Zealanders are extremely lucky to be living in such a progressive and inclusive nation, where intolerance and bigotry are starting to become a rarer occurrence in the most part.”

“Despite our progress as a nation, many countries around the world including our own still face many challenges, with discrimination against everyday people purely because of their sexuality, still common practice and supported by some governments and high profile individuals.

Mr Gay New Zealand 2016 is sponsored and supported by LYC and the New Zealand AIDS Foundation, The Tanning Room and eikonline.com.

Mr Gay New Zealand is not a beauty contest. A candidates physical appearance in not assessed at any stage of the competition and does not form part of the judging criteria.

More information about the Mr Gay New Zealand 2016 competition will be released when registrations open on the 18th of December, more information can also be found by visiting www.mrgaynewzealand.com.