In Asian family culture, the acceptance of having a gay child has long been the cause of grief for many children growing up. Chayodhom Samibat, Mr Gay Thailand 2019 is hoping to change this stigma with his campaign “Love Your Gay Son” in the hope that, especially in his own country, families will become more accepting when their child comes out.

“Love Your Gay Son” is trying to promote an understanding between parents and gay children,” Samibat explained to Gay Nation. 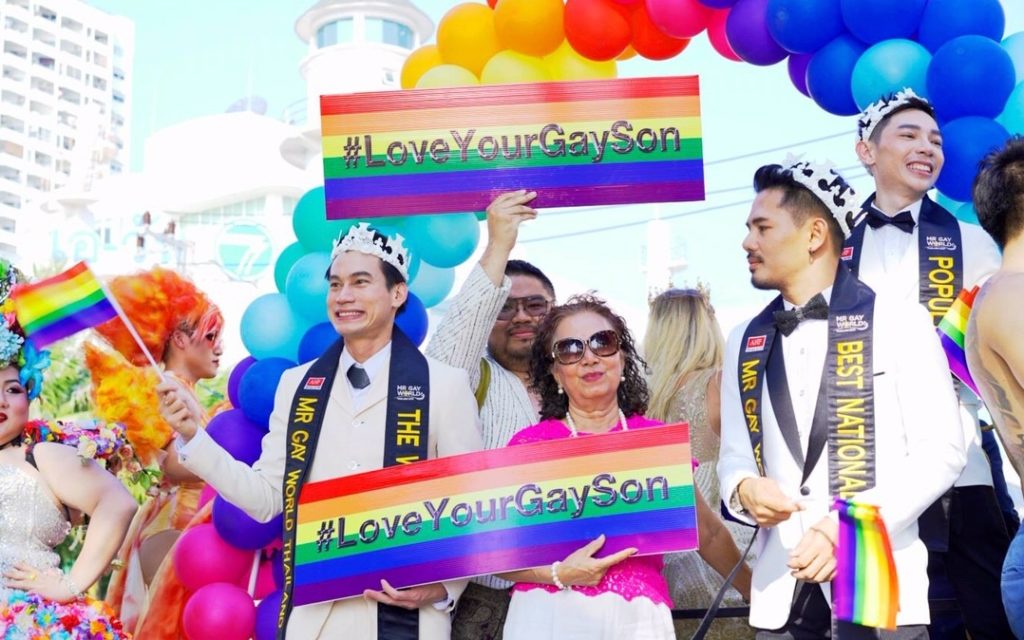 Born in the small city of Mahasarakham in the Northeastern part of Thailand, Samibat said the area identifies as a low socio-economic region but luckily for him it has some wonderful colleges and universities providing everyone with a great springboard.

“With good educations providing to generations by generations, the city developed very fast and changed a lot in the past 30 years.

“This makes me really trust in being educated and I try to continue learning, either inside or outside academic system. I also feel grateful that, even I came from a family in need, my parents saw priority education as the most important to their children.”

Samibat spent five years completing his Masters in Sweden and now has Swedish citizenship and with his career he gets to travel a lot, just returning from a trip to New Zealand and last year visiting South Africa.

In entering Mr Gay World, Samibat understands many LGBTIQ communities are facing difficulties in all parts of the world but he hopes this competition will help everyone come together for a common goal.

“For me all contestants are friends and I don’t see this event as a competition, but only the great opportunity to meet delegates from around the world, that are interested in the same thing and trying to move the world to the same goal.

“I have been to Cape Town once in 2018, the city is fantastic and I really appreciate my opportunity to visit my old friend for the second time.”

Mr Gay Thailand will join more than twenty others from around the globe for Mr Gay World in Cape Town South Africa from April 28 to May 4 and Gay Nation will be there to cover all the action.