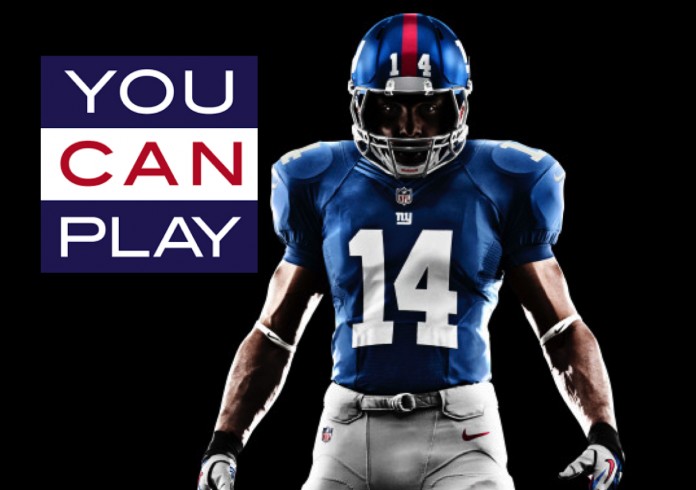 The New York Giants have become the first NFL team to show their support for the “You Can Play” Project, by producing a short video encouraging LGBTI athletes to get involved and play sport.

The “You Can Play” Project, founded by Patrick Burke, Brian Kitts, and Glenn Witman, works to ensure the safety and inclusion of everyone in sport, including LGBTI athletes, coaches and fans.

The “You Can Play” video was launched before the Giants faced off against the Dallas Cowboys, the team in which Michael Sam, who is the only out player to be drafted by an NFL team, had played briefly before being cut.

“The entire Giants organization has committed to inclusion for all, including LGBT athletes and fans,” explained Wade Davis, executive director for You Can Play, in a statement.

Davis, who is a former NFL player, like many others, came out once he had left the sport. “The vocal support of alumni like Harry Carson, the Giants’ front office staff, and current players sends a giant message to all sports fans, especially young fans, everywhere.”

“We are thrilled that the Giants are leading the charge in the NFL for LGBT inclusion.”

It is hoped that the New Your Giants support for inclusion and acceptance of LGBTI sportspeople sets a new precedence for other teams to follow suit and promote diversity throughout the NFL and all sporting codes.