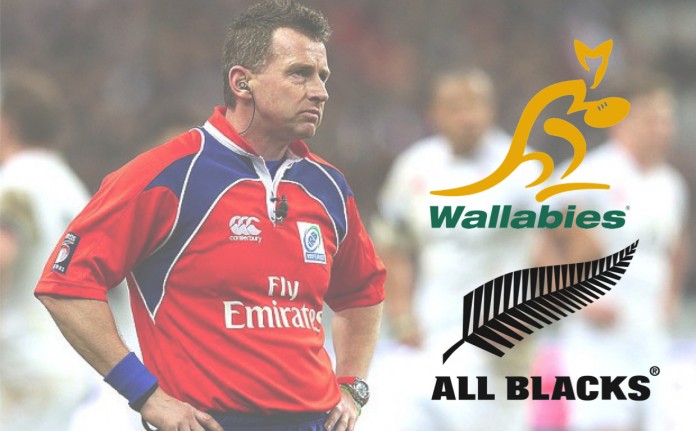 Openly gay referee Nigel Owens has been selected to referee the 2015 Rugby World Cup final between the New Zealand All Blacks and the Australian Wallabies at Twickenham Stadium.

The 44-year-old Welshman was appointed as an international referee in 2005 and has since overseen over 65 international test matches.

Former All Black Grant Fox believes that Owens has demonstrated that he is “the best referee in the world.”

“But there’s no doubt with Nigel that one of the key things he does, apart from communicating incredibly well with the players, is he lets the breakdown breathe and that’s really important,” Fox explains on Newstalk ZB.

Owens has refereed at the Six Nations final and at numerous matches during the Rugby World Cup. He is known for his entertaining, withering reads during matches. And he’s not afraid to talk about his sexuality either.

Owens publicly came out as gay in an interview with Wales on Sunday in May 2007 and said that although it was a difficult decision to make at the time, people’s reactions were generally positive.

“It’s such a big taboo to be gay in my line of work, I had to think very hard about it because I didn’t want to jeopardise my career,” Owens explained.

“Coming out was very difficult and I tried to live with who I really was for years. I knew I was ‘different’ from my late teens, but I was just living a lie.”