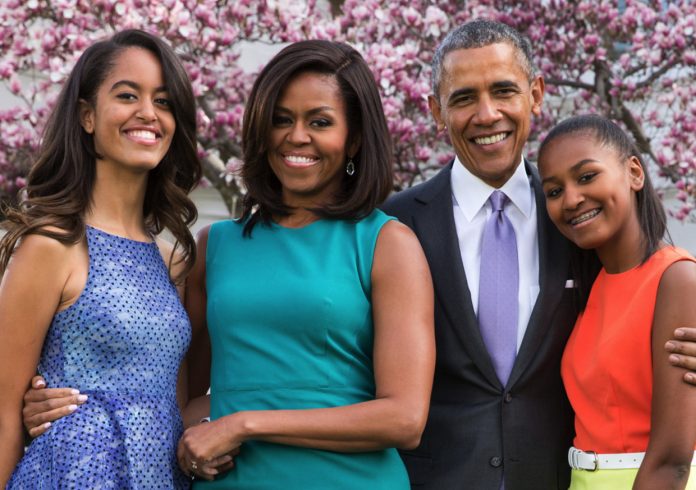 President of the United States of America, Barack Obama, has credited his children for helping him understand same-sex marriage.

The President’s comments were made during a meeting in a town hall in London, England where 500 young leaders were given the opportunity to ask the President questions.

When questioned on which social activist campaigns led him to change his mind on certain issues, Obama explained that his teenage daughters, 17-year-old Malia, and 14-year-old Sasha, had made an impact on him.

“I have to confess my children generally had an impact on me.”

“My notion was initially that labeling those partnerships as marriage wasn’t necessary, as long as people were getting the same rights and it would disentangle them from some of the religious connotations that marriage had in the minds of a lot of Americans.”

Despite the Presidents initial views on Civil Unions and same-sex marriage, he added that with the help of Malia and Sasha, along with marriage equality activists and gay couples, he was able to see that the issue isn’t just about “rights,” it is also about “stigma” that same-sex couples face every day in society.

“People I loved who were in monogamous same-sex relationships explained to me what I should have understood earlier, which is it was not simply about legal rights but about a sense of stigma.”

“If you’re calling it something different it means that somehow it means less in the eyes of society.”

The President then praised the LGBTI community for reaching out to their conservative opponents, and described the marriage equality movement as arguably “the fastest set of changes in terms of the social movement.”

“I thought there was a lot of smarts in reaching out and building and framing the issue in a way that could bring in people who initially didn’t agree with them.”

President Obama’s latest comments follow a recent joint press conference with British Prime Minister David Cameron where he spoke up about the newly signed anti-LGBTI bills in North Carolina and Mississippi, describing them as “wrong” and “should be overturned.”