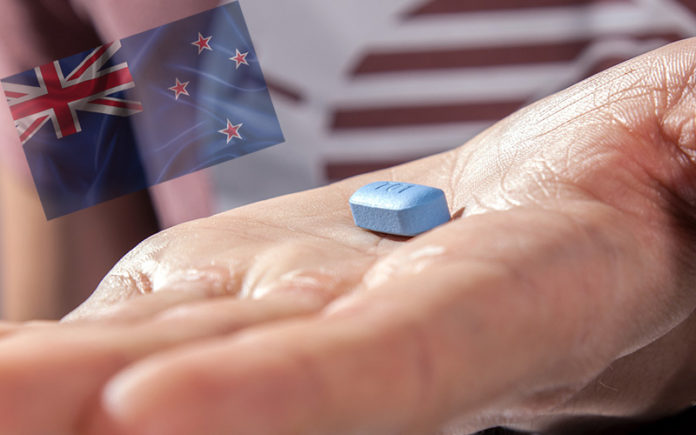 New Zealand is to become one of the first countries in the world to publicly fund the HIV-prevention drug Pre-Exposure Prophylaxis (PrEP).

From 1 March 2018, Gilead Sciences’ drug Truvada will be available to eligible patients as PrEP in pharmacies throughout New Zealand at the cost of a normal prescription.

When taken on a daily basis by an HIV negative person, PrEP builds up in the system and is extremely effective at reducing the chance of acquiring HIV through sexual contact.

Prior to this development, PrEP was only available at a cost of around $1000 for 30 Truvada pills.

As an economical alternative, many users have been forced to import generic versions of the drug from overseas pharmacies at a personal cost of around $50 per month.

PrEP has already been approved for HIV prevention in a number of countries, but this decision means New Zealand is one of the first countries in the world to have it publicly funded.

Speaking about the decision, Dr Jason Myers, Executive Director of the New Zealand AIDS Foundation (NZAF) said providing affordable access to PrEP for those who need it will make an enormous difference to those most at risk of HIV transmission in New Zealand.

“In deciding to fund PrEP, The Pharmaceutical Management Agency (PHARMAC) has endorsed a key part of NZAF’s strategic plan – seeing PrEP as a safe and effective way of preventing HIV transmission during sex, and one that could make a huge impact on the number of new HIV diagnoses in NZ – which was at its highest ever in 2016.

“Condoms have been the mainstay of our HIV prevention response for over 30 years and have played a major role in keeping HIV prevalence low by world standards.

“For those who struggle with consistent condom use – which can be for a range of legitimate reasons – NZAF is delighted that there will now be publicly funded access to this effective, alternative way of staying safe from HIV for those who need it.”

PrEP has a critical role to play as part of a combination HIV prevention approach that includes maintaining high rates of condom use, increased testing and prompt treatment for people living with HIV (PLHIV).