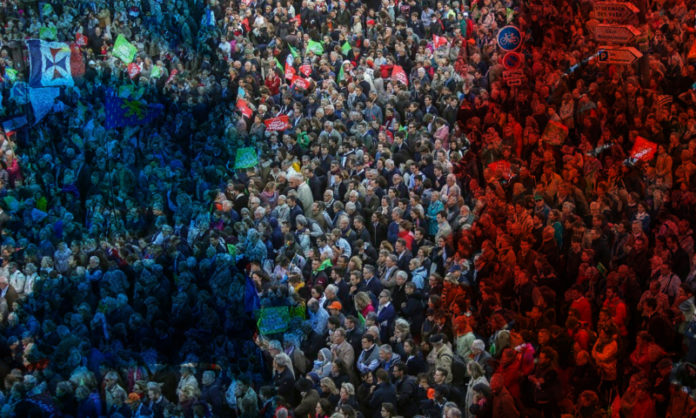 Angry protesters took to the streets in Paris to show their disapproval of proposed new legislation that will allow same-sex couples and single women the right to conceive children with medical help.

The French bioethics law, which was fronted by President Emmanuel Macron, will essentially end discrimination over reproductive rights and enable lesbian couples and single women access to medically-assisted methods, such as in vitro fertilisation (IVF) and sperm donation.

Begining outside the nations Senate – where the new law will be debated later in October, The protest then proceeded to the Tour Montparnasse skyscraper in southern Paris.

President of the Association of Catholic Families, Pascale Moriniere, claims that her group had been responsible for distributing approximately three million flyers across Paris to protest the law – a law shes sees as on par with same-sex marriage (which she is also against).

It is reported that approximately 75,000 people turned out to protest against the proposed law, a number far short of the 100,000 that organisers had hoped for and claimed would be attending.