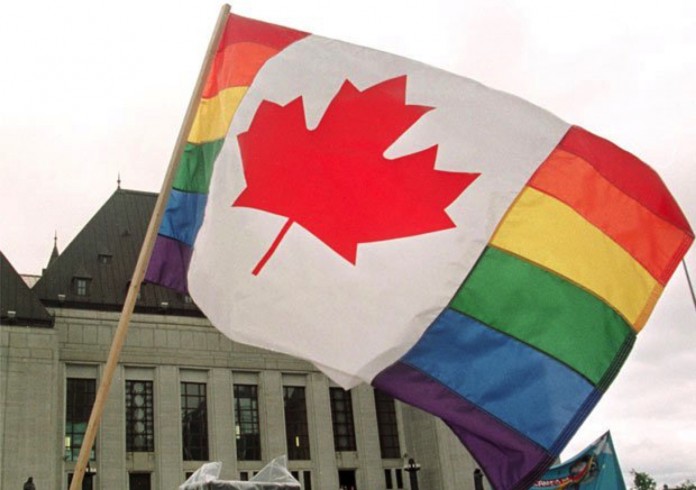 A gay Syrian refugee has found a new life and acceptance following his migration to Canada last year.

In an interview with The Canada Star, Rasheed, 32, explained that he fled near constant threats of castration, rape and murder in his homeland to start a new life in Toronto.

If it weren’t for the castration threats, Rasheed might have believed Syrian police were only hounding him for his political views.

He and his friends had begun receiving unwelcome attention from cops in his hometown of Damascus as early as 2012, and they were told that perceived opposition to Syria’s extremist government was the reason for the increasingly tense encounters.

But Rasheed, who requested not to have his full name used for this story because he hasn’t told his family about his sexuality, believes the real motive came to the fore the day he and a few fellow gay men were carted off to a local jail.

The police who blindfolded him and beat him with electrical cables made revealing comments after seizing his cellphone containing pictures and videos that made his sexual preferences plain.

Amid derogatory taunts and homophobic slurs, he said the officers threatened him with much worse.

“‘We’re going to castrate you … We’re going to rape you. You’ll never see this world again,’” Rasheed said they told him in his interview with The Canada Star.

Such attitudes — the norm in his homeland, says the 32-year-old — were what allowed Rasheed to successfully claim refugee status in Canada and begin a new life.

The United Nations High Commissioner for Refugees has named single men identifying as gay, bisexual or transgender as among those who are most vulnerable in Syria and in need of urgent relocation to another country.

Canada is following the commissioner’s guidelines in identifying 25,000 refugees for government-assisted resettlement in the next few months, and has included gay men among priority candidates. They join complete families, women at risk and members of sexual minorities.

Rasheed narrowly missed his fresh start in Toronto, where he’s been living since late last year.

He happened to be spending time with family in Lebanon when Syrian authorities barged into his family home in the middle of the night looking to arrest him.

Rasheed said his parents managed to contact him in Beirut and warn him against returning to Syria. He then began the process of applying to come to Canada.

According to those who work with refugees from the lesbian, gay, bisexual and transgender community, family support in those cases is rare.

Justin Taylor, executive director of Toronto-based Rainbow Railroad, said those fleeing homophobia arrive in their new homes with even fewer resources than most of their fellow refugees.

While many are privately sponsored by friends or family living abroad, Taylor said many of those fleeing countries with a deep-seeded homophobic culture don’t have such options to fall back on.

“The people we help are in conflict with their families,” he said.

“They are facing violence from their own community … because they’re LGBT. These are very special cases that often are still in a lot of risk while they’re waiting to be resettled.”

Rasheed said his first few months in Toronto have gone smoothly despite some challenges addressing his medical needs and finding affordable housing.

He said he is particularly struck by the contrast in attitudes between his old and new home.

His family back in Syria, whom he described as “very liberal,” either don’t know of his sexuality or hold out hope that he will some day marry a woman.

He said he revels in the relative acceptance he’s found among Canadians.

“I find it very respectful,” he said. “Whenever I say I’m gay or whenever I go to gay places, in the society itself, they respect you for being gay.”