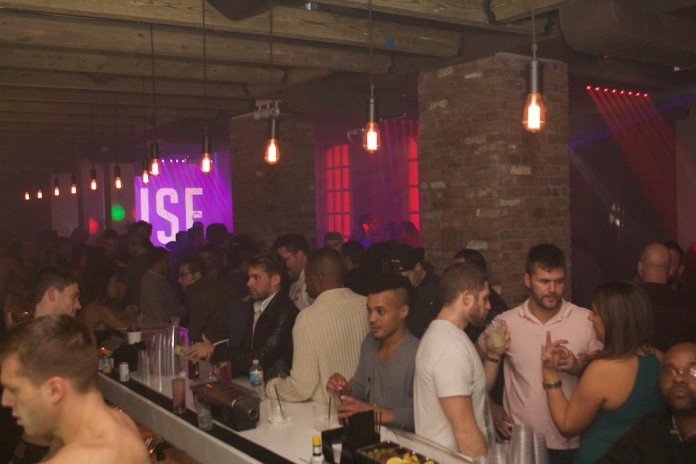 New York City is an amazing place to live and for many of us down under it is the perfect place for an action-packed holiday.

When visiting NYC as a gay man there are many areas to visit to stay and/or party. There’s the old favourites of Soho, Greenwich Village and Chelsea. Moreso now the places to go and party with the crowd are in the Upper West or in and around Hell’s Kitchen.

I’ve spent many a great night hanging out in a multitude of places in HK, some good some totally average and some that make you feel like you’d just love a beer and a chat without all the pretentiousness.

The New York Times has reviewed the emergence of another gay bar in Hell’s Kitchen that was opened in November by John Blair, Beto Sutter and Ted Arenas, all night life veterans. And apparently, Rise Bar is a warm hangout that is unpretentious yet polished.

“Bars in HK think all you need is a big gay flag in the window,” Mr. Arenas said.

“We’ve evolved in sophistication as a community, so we’re offering something high end where you can take a date or even your mother.”

The Rise Bar is set on a commercial street lined with mid-price restaurants and a dance studio, and placed a few blocks north of the cluster of gay bars like Industry and Flaming Saddles Saloon.

When discussing his plans for the venue back in May John Blair suggested he was keen to make sure the neighbourhood would not be annoyed by the new bar opening up.

“I’ve seen the mayhem that’s happened for people who live in this neighborhood with loud bars and restaurants,” Blair said.

According to reviews, the crowd is a 30-40-something collection guys in there with couples and groups sporting button-down shirts, V-necks and denim jackets. They match the pristine décor, even if their entertainingly gossipy chatter doesn’t. Before 10 p.m., the place also has more female customers than do rival bars, making for shocking diversity.

“We will find out if there are too many gay bars in HK soon enough,” Mr. Blair said.

One of the best things for tourists like myself, Rise Bar accepts walk-ins, where so many in New York City expect you to book or at least wait in huge lines.

Daily happy hour from 4 to 9 p.m. offers $3 beers and $5 well drinks, and later on, the crowd favors $12 Grey-Goose-and-sodas, and the same-priced cucumber chile margaritas.

Worth a look when next in New York City,