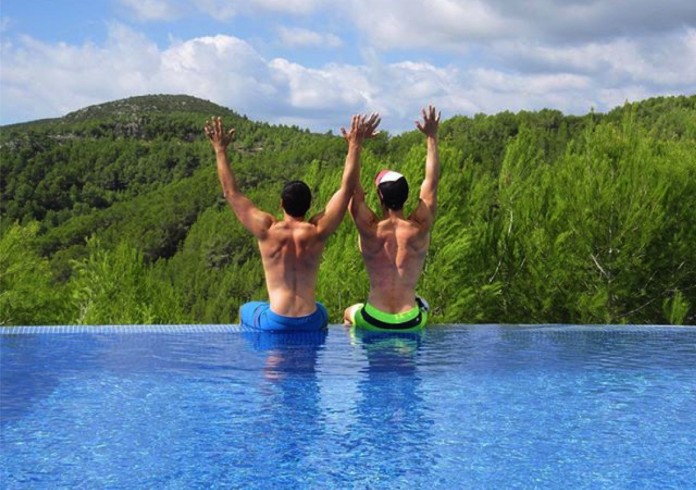 Gio Benitez has set a new standard for a romantic marriage proposal, after popping the question to his boyfriend Tommy DiDario in the middle of the city of love, Paris.

The couple had been enjoying a romantic trip around Europe when Benitez decided to propose on the iconic Parisian bridge the Pont de Bir-Hakeim, which is overlooked by the Eiffel Tower.

Benitez who is an ABC news reporter, had planned his engagement proposal down to the T, and even arranged for photographer Pierre Torset to capture the special, life-changing moment.

The 29-year-old reporter posted an image on Instagram with the caption “Time is what’s left behind in the wake of love,” the photo shows DiDario holding his hand over his mouth in shock, at the moment Benitez proposes.

DiDario who is an actor, lifestyle blogger and writer, also took to social media to share their happy news, posting a photo of the couples’ matching rings.

“Today I said yes to my true partner in life, couldn’t be happier to stand next to you forever,” he wrote.

DiDario also added another image with the caption “Celebrating a magical day in the city of love! Much thanks for all the kind words and well wishes!”

Representation Rises in Characters on TV