Sherry Pie, a contestant on RuPaul’s Drag Race Season 12, will be removed from the live finale of the hit show where the queen was supposed to compete as one of the final four contestants due to accusations of catfishing.

Seven people, including New York City performer named Daniel Marandola, have accused Sherry Pie, whose real name is Joey Gugliemelli, of posing as a well-connected casting director searching for the lead actor in what was billed as a new production called “Bulk.”

Buzzfeed News published a report on late Thursday with accounts from five actors who claim they were catfished and coaxed into providing humiliating and degrading “audition” tapes by Gugliemelli, who posed as a casting director called “Allison Mossey” in email interactions between 2015 and 2017, and as Mossey’s production assistant for in-person filming sessions.

According to Buzzfeed, none of the men ever met Allison Mossey in person. Two more accusers came forward on Friday, bringing the total number who spoke to Buzzfeed to seven.

“Out of respect for the hard work of the other queens, VH1 will air the season as planned. Sherry will not appear in the grand finale scheduled to be filmed later this spring,” the statement said. 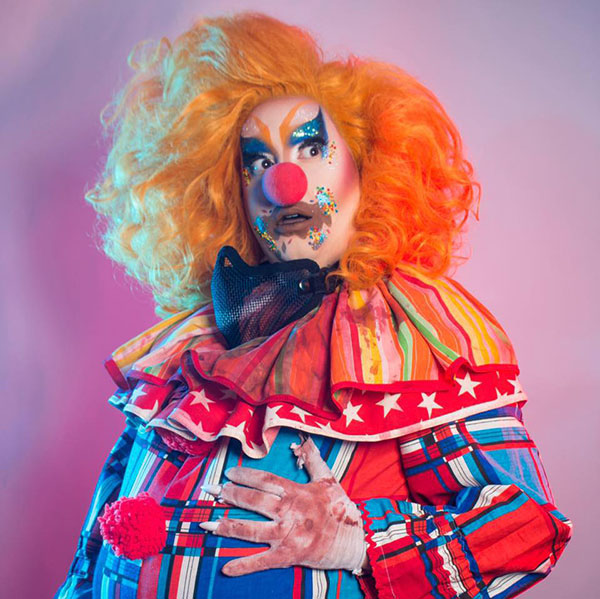 One of the accusers, Marandola spoke with NBC and said his interactions began in August 2018 with a person going by the name Allison Mossey and ended in December 2019 when he confronted Gugliemelli about the Mossey persona.

“There was never anything creepy about Sherry, she was a friend and she was always very much reminding me: ‘I don’t see you in any way other than just as a friend, don’t get it twisted,’ or, ‘I’m not into guys that look like you,’” Marandola said.

Marandola said that in emails spanning a year and a half someone going by the name Mossey convinced him to take steroids. Gugliemelli, under the guise of being Mossey’s production assistant, then allegedly paid him money to purchase steroids in order to be considered for a part in “Bulk,” Marandola said.

Marandola said he was variously told that “Bulk” would be a New York stage production, an HBO production, or a Hulu production, matching the accounts of the four other actors interviewed by NBC News.

After years of trying to bulk up for the role and continuously being told by Mossey that he was not going fast enough, Gugliemelli owned up.

“I can’t do this anymore and I know it’s a simple yes! This has gotten so outta hand and so I need f***** own up and say that I haven’t been a good anything to you,” the text read.

“Explain in detail what you are saying. Give me full clarity. What did you make up? Was anything real? Are you Allison Mossie? Did you write the scripts?” Marandola responded.

“Yes I lied to you,” read texts that Marandola forwarded to NBC News that he said came from Gugliemelli. “I’m going to answer everything.”

Sherry Pie apologized in a statement posted on Facebook. “This is Joey, I want to start by saying how sorry I am that I caused such trauma and pain and how horribly embarrassed and disgusted I am with myself,” she wrote.

“I know that the pain and hurt that I have caused will never go away and I know that what I did was wrong and truly cruel.”