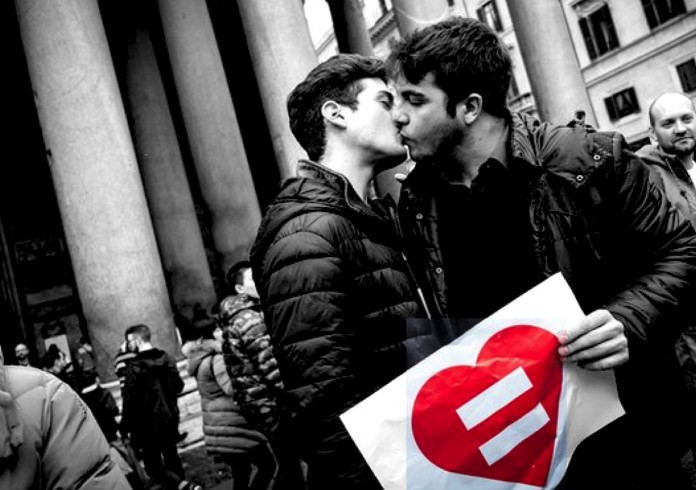 The so-called “super amendment” to Italy’s Civil Unions bill has received a vote of confidence from the nation’s Senate, giving the possibility of same-sex unions the ability to be contested and passed into law.

With 173 senators voting in favour of the amendment and 71 against, the proposed amendment will now be passed to the Chamber of Deputies with a final vote expected within two months.

Despite the positive move by the nation’s Senate, the bill has been watered down, following staunch opposition from the far-right of politics and certain religious groups. The watered down version has seen the exclusion of allowing LGBTI people to adopt their partner’s biological children.

Italy’s Prime Minister Matteo Renzi, who promised to make civil unions a fundamental goal during his time in office tweeted, “Love wins”, followed by a link to a statement on his Facebook page.

His Facebook statement read, “will remain in the history of this legislature and of our country”.

“By requesting a confidence vote, we bound the government’s very survival to a civil rights battle.” Renzi added, “It hadn’t happened before, and it wasn’t easy now. But it was the right thing to do.”

Monica Cirinnà, who was the author of the original bill has since hit back at the watered down legislation, describing the vote as “a hollow victory”.

“It’s a first step, a victory with a hollow heart, this is a very important measure but I am also thinking of the children of so many friends.”

Italy remains as the last major country in western Europe to not give its LGBTI citizens the right to obtain civil unions, with all previous attempts being scuttled by the Vatican.