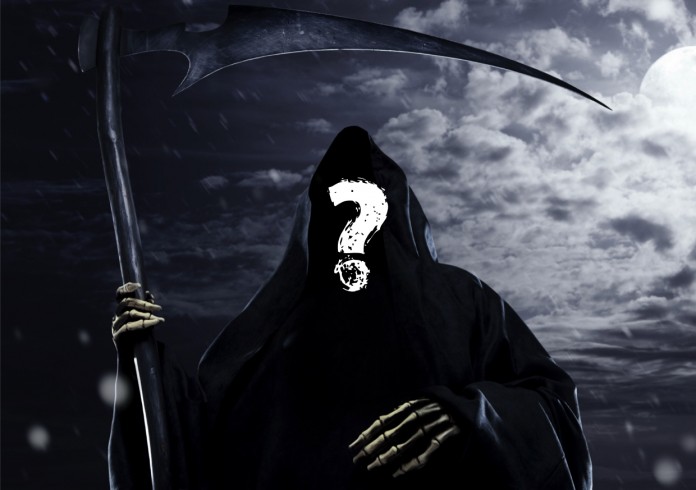 October 31st is Halloween and no doubt you have been inundated with Halloween Party Invitations for this weekend, and naturally the question soon arises “who shall I go as?”

To help you out this Halloween, and give you some costume inspiration, we have put together a list, in no particular order, of our favourite, homophobes, bigots, and LGBTI rights inhibitors that will be sure to make your costume a raging success.

Tony Abbott is a great choice for someone who likes variety and a touch of comedy.

Australia’s latest ousted PM who described marriage equality as “the fashion of the moment” can be either dressed in an uncomfortably fitted suit or alternatively even more uncomfortably in a set of Budgie Smugglers. Don’t forget your raw unpeeled onion to snack on throughout the night!

Everyone’s favourite county clerk from Rowan County, Kentucky. Kim looks happy in this picture and feels the same warmth and pleasure when she’s breaking both the law and the hopes and dreams of same-sex couples who are in love.

A simple costume really … a witch wig, some clothes from the salvation army, or local discount store (Walmart if possible) all topped off with some self-appointed riotousness and contradictory ideals and beliefs.

New Zealand’s very own, self-appointed “Bishop” and head of Destiny Church, Brian Tamaki. Grab yourself some Harley Davidson leathers or a custom made suit, then line it with some cash donated from the struggling members of your church.

Don’t forget some random anti-gay chanting and ranting, Brian Tamaki wouldn’t be the same without some bigotry.

The one and only Robert Mugabe, Zimbabwe’s Leader since 1987. Robert loves his ice-cream but not as much as he loves his anti-gay views, opinions, and policies.

Robert looks great in some unfitted, baggy suits in an array of colours that were in fashion when he assumed office. Make sure you pop on a baseball cap and a very trendy scarf for good measure.

It’s all about the hair with Donald Trump … oh and a really natural looking orange spray tan. “Do yourself a favour” get a mop, cut the handle off and “Boom” you’ve got yourself a Trumpfro.

Ensure you yell out racist, ill-informed and bigoted statements, and answer any question thrown at you with a summary of your wealth. Oh and the cheapest spray tan out of a bottle that specifically reads “not orange” for that “fantastic” look.

Russia’s glorious leader Vladimir loves to play dress ups so this makes one of the best options this Halloween. We could actually make an entire list on just Vladimir Putin costume ideas, but we’re better than that …

Having said that, if you’re going as Putin there are a few must-haves that include any Russian military uniform/memorabilia, a weapon of some description (preferably a AK-47 or weapon of mass distraction) and let’s not forget an assortment of anti-gay legislation to throw at an already ostracised minority group.

Former New Zealand Conservative Party leader turned international model, Colin Craig is the must have costume of choice for anyone with a naturally, unnatural awkwardness about them.

Colin may be a little man, however, he’s big on ideas and has described the legalisation of same-sex marriage as “social engineering”, and is also opposed to gay adoption, adolescent access to abortion, and voluntary euthanasia or assisted suicide.

Think you can pull off an AFL uniform and a disturbingly creepy looking, probably not allowed anywhere near a primary school moustache?

The Jason Akermanis is the costume for you! Be sure to stay in the closet if you’re a sport loving homosexual, Jason would like it that way.

Arguably one of the scariest Halloween costume of all, one that features a crooked tie, half-balding wig and a mask full of hatred and intolerance. The Eric Abetz costume.

In fact, it probably won’t be only the anti-gay marriage slogans you will want to carry around with this costume, as good ole Eric, Senator Eric to his mates, can match it with the best of them whether your gay, black or callithumpian.

Yet to find out where he sits on Kiwis!!