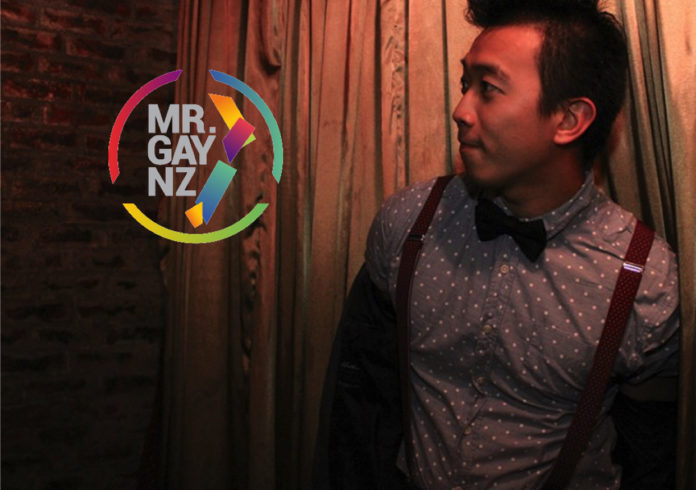 Last year, aside from turning 30 and celebrating it by getting myself a kirituhi or a tattoo, I had the amazing opportunity to be Mr. Gay New Zealand.

Straight after the celebrations of being crowned, it was back to work for myself and the rest of the crew of Out in the Park.

As one of the coordinators, the highlights were being part of the opening of the week-long Wellington Pride Festival at the Parliament to commemorate the 30th anniversary of the Homosexual Law Reform right to the actual Out in the Park itself in March.

I then had the incredible opportunity to be a part of Mr. Gay World 2016 held in Malta.

The friendships formed were undoubtedly something I took out from the memorable event.

Especially having to hear first-hand how LGBT+ rights are being denied in Syria and Turkey. It was an experience like no other.

When I returned from Malta, the 2nd phase of Love Your Condom’s national campaign, where I had the immense pleasure to be a part of, went public with posters and billboards up.

Seeing ourselves on billboards did not come naturally to me but it definitely got some heads turning.

Because I do not have any biological family here, being a member of the New Zealand AIDS Foundation has made it easier for me to find my own whānau or extended family.

I had the pleasure to share my story as a volunteer through them.

June last year lead me to something I have never done – judging Ms. Capital Drag at Ivy Bar.

That was also the month when the Orlando massacre occurred which shook the entire LGBT+ community worldwide.

My whānau at Tiwhanawhana performed at a candlelight vigil in solidarity with Orlando which organized by InsideOut at Frank Kitts Park.

Being a member of Tiwhanawhana has allowed me to engage and be a part of a bigger whānau of takatāpui in our capital.

We had the privileged to perform for multiple queer events such as a tribute in celebration of Carmen Rupe’s traffic-lights on Cuba Street;

Members of Tiwhanawhana performed at a fundraiser called “Leaving a Legacy” and collaborated with LAGANZ, the Archive for Rainbow Communities in celebration of Queer History Month in September.

Performed a dawn ceremony for “We Don’t Have to be the Building”, an assembled artwork that shares stories of activism and sexuality spanning the past 30 years, on Courtney Place by Sian Torrington.

My whānau of takatāpui in Aotearoa has recently gotten bigger when introduced to Ahakoa te Aha for the first time during a hui at Tapu Te Ranga Marae, Island Bay and at the Hui Takatāpui ’16 held at Manukau Institute of Technology in November.

I had the amazing opportunity to participate in an Asian LGBTQI+ Research called “Coming Out of the Asian Closet” which explores experiences of LGBTQI+ Asians associated with poor health behaviours and outcomes in New Zealand.

This research was expertly conducted by Dumindri Amersasinghe at the University of Auckland (UoA).

My journey as Mr. Gay New Zealand was worth wide and I enjoyed every bit of it.

It allowed me to engage outside my comfort zone and grow not just as a gay man living in NZ but a better person.

Judging this year’s Mr. Gay New Zealand was tough as some of the guys are close mates of mine.

But now we have a new Mr. Gay New Zealand, Charlie Tredway, I am hoping to work with him in ensuring future role models represent New Zealand on the world stage because our younger generations need someone to look up to and representation is greatly needed in our day and age.