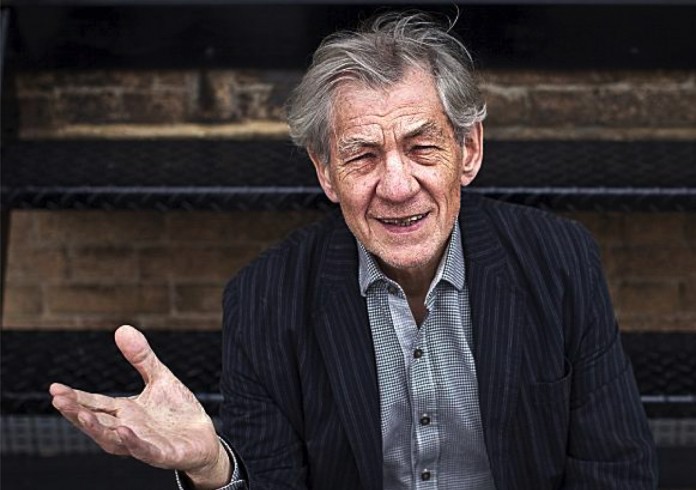 76 Year-old Golden Globe winning actor, Sir Ian McKellen came-out publicly over 27 years ago and says he wishes he had “felt able to come out earlier.”

British born, five-time Emmy Award nominated McKellen was 49 when he took his sexuality public, speaking out against a controversial bill being consideration in the British Parliament that proposed prohibiting local authorities from promoting homosexuality.

“A law was being passed I didn’t approve of, which disadvantaged gay people, and that’s when I came out,” McKellen explained to Charlie Rose.

“And it was just the right time for me, because, 49, I was confident as an actor, as a person. I could organise a sentence and make a case and feel passionate about it,”

McKellen added, “there was a part for me to play within the gay rights movement in the UK and I loved it, I relished it. Acting was involved of course, but acting the truth. And then I felt a better person all the way around.”

Since coming-out publicly in 1988, McKellen’s has enjoyed a flourishing acting career. With two Oscar nominations, and Golden Globe Award, McKellen is best-known for his role in New Zealand Made, The Lord of the Rings and The Hobbit trilogies, where he played Gandalf.

McKellen explains that although he wished he had come-out earlier in life, he had reasons why he kept his sexuality private.

“Everything in society was against people of my generation coming out, because it was against the law to make love.”

“So if every time you have sex you remind yourself you’re a criminal, that’s not something you necessarily want to talk about unless you’re a really, really strong and brave person which I wasn’t, so I got on very comfortable with my life as an openly gay man without ever talking about it.”

He added, “Most people don’t have to but if you’re in the public eye there comes a time when it’s appropriate.”