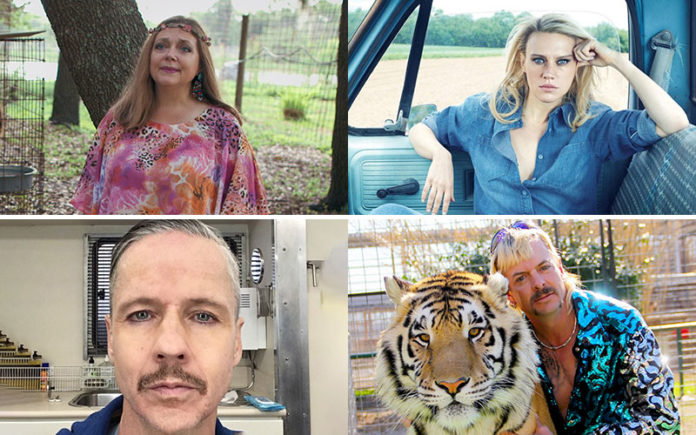 Mitchell will take the lead role of Joe Exotic who shot to fame this time last year in the Netflix documentary series Tiger King. McKinnon will play the role of Carole Baskin, while Quaid will star as reality show producer Rick Kirkham.

Although the characters are similar to the series, which is one of two that is being produced by Hollywood, the scripted series produced for NBC Universal’s Peacock channel in the US will not be based on the documentary series in its entirety, focussing more on the characters rather than the storyline.

Speaking with NewsCorp Australia, Mitchell, who has been in hotel quarantine in Sydney for two weeks, said after getting through the Tiger King series on the second go, he decided it was a role he had to take on.

“It’s a role that I just thought, you know, wow. What a character to play,” Mitchell explained to NewsCorp.

“Here’s this guy who is from where I am from. I used to live an hour away from his zoo when I was a kid, you know, in Oklahoma.

“So I know the vibe and I know that certain kind of gay guy. The type that was like; “Hey I’m better than you because I’ve got my arm down this tiger’s throat and the other around by boyfriend’. That type of guy.

Mitchell also talked about how similar his Joe Exotic character is to his career-launching role of East German escapee Hedwig, a genderqueer singer forced into genital reassignment surgery.

“(Exotic) has that same kind of aggressive victim mentality. You know, the world has screwed with him, his boyfriend died of aids, he tried to kill himself after he was outed.

“But then you see videos of himself as a young man and he is much more gentle and feminine. It’s like to protect himself from the world he built up this tough redneck exterior.

“Hedwig had the helmet of a wig and the breastplate of false t*** to protect her from the world and (Exotic) does the same with his type of exterior which is his drag. But he imitated his oppressors to the point of outdoing them. You know. He became an attempted murderer.”

The TV series Joe Exotic is expected to air in 2022.