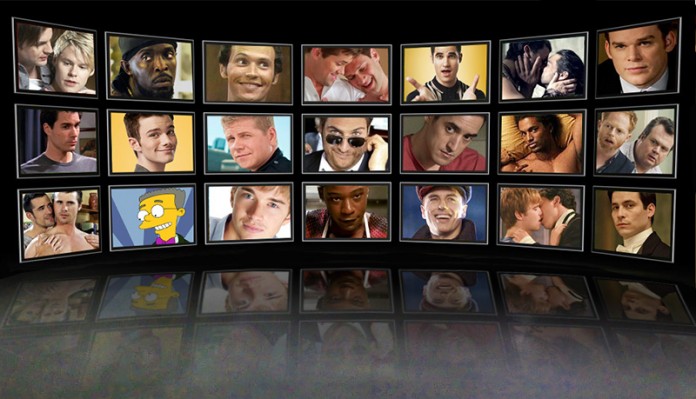 The Annual report into the diversity of US TV characters has found there was a slight rise in the number of LGBT characters included on mainstream free-to-air television over the past year, but the new streaming networks are actually putting the big networks to shame with many more characters across fewer shows.

The trend of increased LGBT characters in Australia and New Zealand is also heading in the right direction following on from lead characters in Shortland Street and Neighbours over the past 12 months.

Streaming also has the highest percentage of transgender characters (7 percent) while mainstream broadcast TV has no trans characters.

While the number of LGBT representations on TV has generally increased from last year, GLAAD still notes that racial diversity is lacking—69 percent to 73 percent of all the queer characters on scripted broadcast, cable, and streaming series are white.

CEO and President of GLAAD Sarah Kate Ellis said the situation has changed so much since the report began 20 years ago.

“Twenty years ago, GLAAD began tracking the number of lesbian, gay, bisexual, and transgender (LGBT) characters on television, and at the time, you could count them on one hand,” Ms. Ellis said.

“But numbers only tell part of the story, which is why GLAAD is turning the focus of its television analysis to pushing for more diverse LGBT characters and more substantive LGBT stories.”

“LGBT people of color have remained underrepresented for years, and transgender men have been all but invisible in the media.”

While Ellis believes there is a lot more work to do, she had praise for a number of tv shows which embraced the LGBT movement.

“The critical and commercial success of series like Empire, Transparent, and Orange Is the New Black can serve as an example to network executives that audiences are looking for stories they haven’t seen before; indeed, there are still plenty of stories about our community yet to be told.”

Local TV networks need to follow the lead of their North American counterparts and start investing in man more diverse characters and shows.