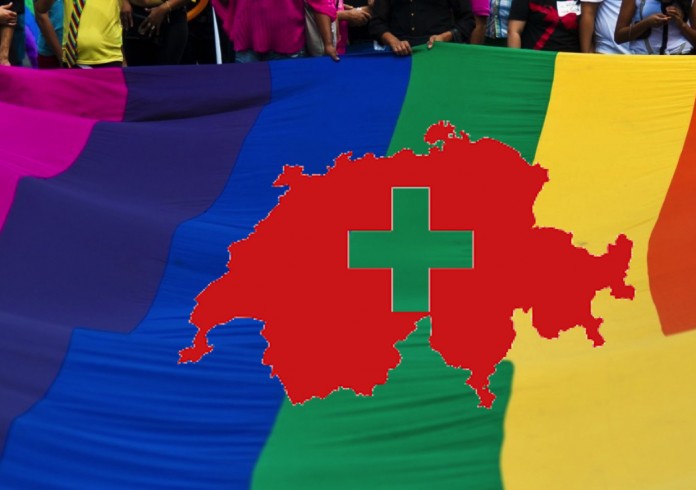 A popular initiative being backed by the Christian Democratic People’s Party (PDC) has been officially defeated by 50.8% to 49.2% in Switzerland.

The proposed constitutional amendment which was originally proposed the the PDC years ago, would see the nation’s tax system reformed and included amending the existing gender neutral definition of marriage in Article 14 of the Swiss constitution.

Under the proposed changes, the definition of marriage would have been limited to a union between men and women, therefore locking same-sex couples out of the institution.

In response to the proposed constitutional changes which had been described as an “anti-LGBTI sentiment masquerading as tax reform,” by Joyce Hamilton, Co-Chair of ILGA-Europe’s Executive Board, LGBTI activists launched a campaign prior to the vote highlighting the contradictory nature of the proposal.

“The run-up to this vote was a stressful time for our member organisations and LGBTI activists in Switzerland,” explained Hamilton.

“It is wonderful to see that their great work has paid off. Their campaign helped voters to understand the issues at stake, illustrated that it wasn’t all about taxes and warned people of the inequality they could be voting for unintentionally.”

Hamilton added, “The Swiss public saw through the proposal and said they didn’t want to be part of it.”