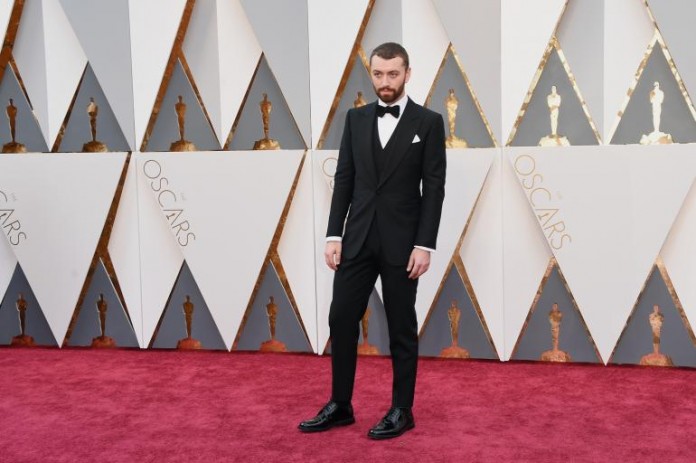 The LGBT celebrity world went into meltdown today as a minor gaffe by Sam Smith in his acceptance speech at the Oscars has caused some angst between Smith and a former Oscar winner Dustin Lance Black.

Sam Smith won an Oscar for Best Song in co-writing The Writing’s On The Wall from Spectre.

During his acceptance speech, Smith quoted Sir Ian McKellen from a recent Guardian article he had read saying that ‘No openly gay man has ever won the Oscar; I wonder if that is prejudice or chance’ when discussing the subject of diversity prior to the awards ceremony.

“I read an article a few months ago by Sir Ian McKellan and he said that no openly gay man had ever won an Oscar. If this is the case – even if it isn’t the case – I want to dedicate this to the LGBT community all around the world,” Smith said in his acceptance speech.

The quote was, in fact, incorrect, as three openly-gay singer/songwriters have already won his category alone – including Melissa Etheridge, Elton John, and Stephen Sondheim – and Tom Daley’s fiance Dustin Lance Black, won for writing the original screenplay for gay rights movie Milk in 2008 while Australian animation filmmaker Adam Elliot thanked his boyfriend in his 2004 acceptance speech after winning the Short Film category for Harvie Krumpet.

Smith did suggest he wasn’t sure if it was true or not but continued by stating he was winning for the LGBT community and saying, “I stand here tonight as a proud gay man.”

The singer took the drama in his stride in the Oscars press room after his comments had been fact-checked.

“Shit,” he jokingly exclaimed after a reporter told him he wasn’t the first gay recipient.

“Two’s my lucky number so it’s all good.”

The uproar was minor at the time but has been driven to extreme levels following a tweet soon after the speech where one of those winners Dustin Lance Black, suggested Smith should find out who he is before he makes those sorts of statements and “It may be time to stop texting my fiance.”

Hey @SamSmithWorld, if you have no idea who I am, it may be time to stop texting my fiancé. Here’s a start: https://t.co/8hGTRtIaMK

No doubt Dustin was annoyed that Sam, who dedicated his award to the LGBT community, didn’t do the research to find that an openly gay man had already won an award.

But to have a go like that and then throw in the bombshell, suggesting Smith is doing something wrong by texting Tom Daley, has just opened a can of worms that the Hollywood media will be all over in coming days.

Following the tweet there are some great memes doing the rounds from people excited by this celebrity gay spat.