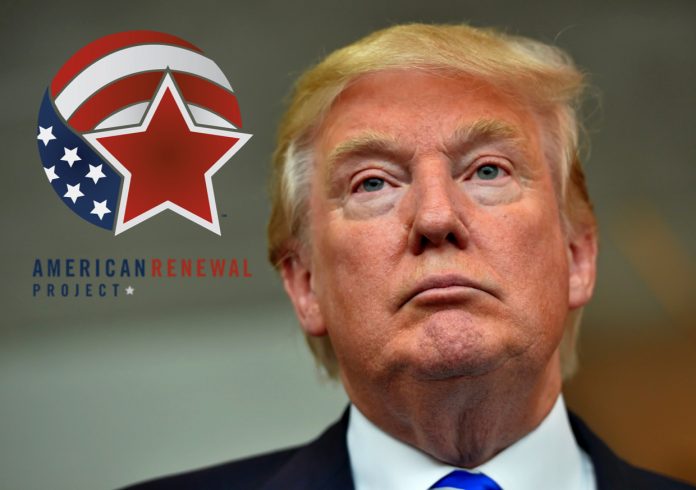 On the two-month anniversary of the largest mass shooting in modern United States history, which took the lives of 49 people in an Orlando LGBTI nightclub, Republican Presidential nominee Donald Trump will be attending an LGBTI event.

As opposed to acknowledging the murders of 49 people inside the gay establishment at the hands of a gunman wielding a deadly firearm, The potential future President of the United States will instead be attending the Rediscovering God in America event being held by the anti-LGBTI group American Renewal Project.

According to Bloomberg News, Trump who has claimed to be a positive choice for the LGBTI community, will be questioned by the group, asking how he plans to fight “homosexual totalitarianism” and the gay rights “militants.”

Failed Republican Presidential hopeful Marco Rubio, a Senator from Florida, has also confirmed his attendance at the event.

Rubio has since replied to the criticisms of LGBTI activists regarding his attendance by saying, “Leave it to the media and liberal activists to label a gathering of faith leaders as an anti-LGBT event. It is nothing of the sort. It is a celebration of faith.”

Despite Rubio’s innocent description of the event, the National LGBTQ Task Force Action Fund views the gathering as something much different.

“Holding this event is an insult to the victims and families of those innocent people who were murdered barely two months ago,” explains Task Force Deputy Executive Director Russell Roybal.

“Decent people everywhere will be appalled. Stirring up homophobia and islamophobia is wrong at the best of times but to do so when the entire Orlando community is still grieving and recovering from the Pulse tragedy, is beyond distasteful.”

Roybal adds, “Donald Trump may have mentioned the LGBTQ community in his acceptance speech which some people interpreted as a positive signal to our community, despite the vehemently anti-LGBTQ views of his running mate Mike Pence and the Republican Party platform.”

“But now Donald Trump and Marco Rubio plan to breathe the oxygen of publicity into an openly anti-LGBTQ event, joining some of the most notorious anti-LGBTQ people out there. Haven’t the people of Orlando had enough?”