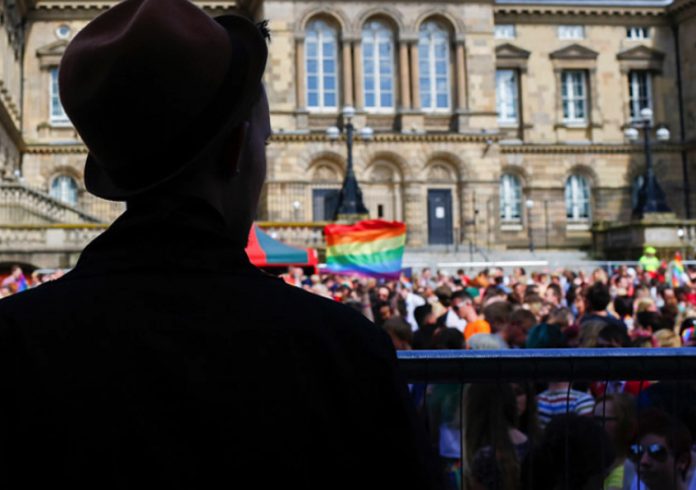 Marriage equality has once again been called for in Northern Ireland, with thousands of people marching the streets of Belfast during the city’s Pride Parade.

With Northern Ireland remaining as the only part of the United Kingdom where same-sex marriage is not legal, members of the LGBTI community and their straight allies used the Belfast Pride Parade to send their parliament and politicians a message.

Attempts to achieve marriage equality in Northern Ireland have all failed in the past, with five attempts including the most recent in April 2016 being blocked by the DUP (Democratic Unionist Party), who have promised to continue blocking equality in the future.

Chanting “What do we want? Equal marriage. When do we want it? Now.” Chants directed at and referencing Arlene Foster, who is the leader of the DUP were also being shouted by the thousands, “Arlene, Arlene hear us clear – we want equal marriage here.”