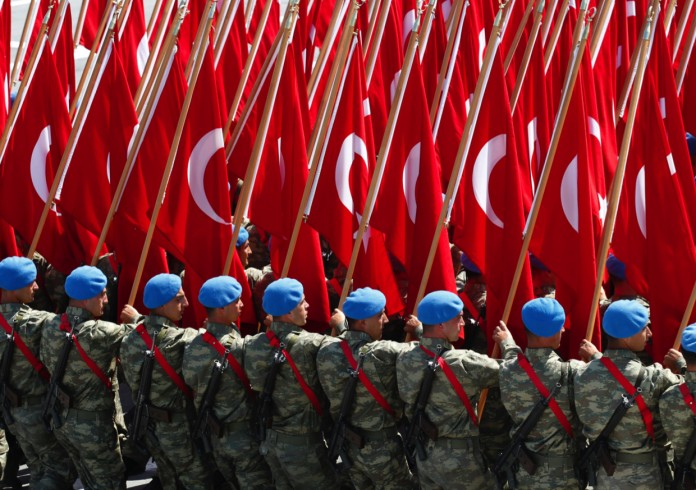 The Turkish military has relaxed an almost century old policy in which homosexual men where forced to conduct medical examinations and undergo other humiliating acts to “prove” their sexuality.

The Turkish Conscription Law was introduced in 1919 and has remained inform to date. The current Conscription Law obligates all male citizens to be called back to the military if required until they reach the age of 46 years of age, after conducting compulsory military service for unto twenty months.

Despite the Conscription Law the Turkish military categorises homosexuality as a “psychosexual disorder” and states that those whose “sexual manners and behaviour cause or are expected to cause problems of adaptation and functionality in a military environment” should be excluded from service.

However in order to prove the mans sexuality, The Turkish military would humiliate gay men by forcing them to undergo medical examinations and in some cases require the men to take photos of themselves having sex with other men before they were exempt from service.

With the new policy change, exemption on the grounds of ones homosexuality will be decided by an observation by a doctor who will hear the mans declaration of sexual orientation.

Despite the slight softening of the Turkish Military’s policy, gay men who decide to conscript in the military by failing to disclose their sexual orientation risk expulsion if their sexuality is discovered or disclosed at a later date.

However, under the new simplified policy, homosexuals who obtain the exemption from service based on their sexuality will result in having their sexual orientation listed on their official record which could potentially lead to future discrimination.

27-year-old “Ahmet,” told Al-Monitor that being of draft age was a huge concern for young gay Turkish men.

“The medical examination to determine fitness for military service is perhaps the first challenge in your life that forces you to make a choice between your gay identity and social realities.”

Ahmet explained, “In that examination, we can get an ‘unfit report,’ which we call the ‘pink certificate.’ But getting this report means that you disclose and document your gay identity. And in your life afterward, this means social exclusion, loss of job opportunities, no chance of becoming a public employee, increasing snubs and pressure from your social environment or, in short, you ruin your life.”