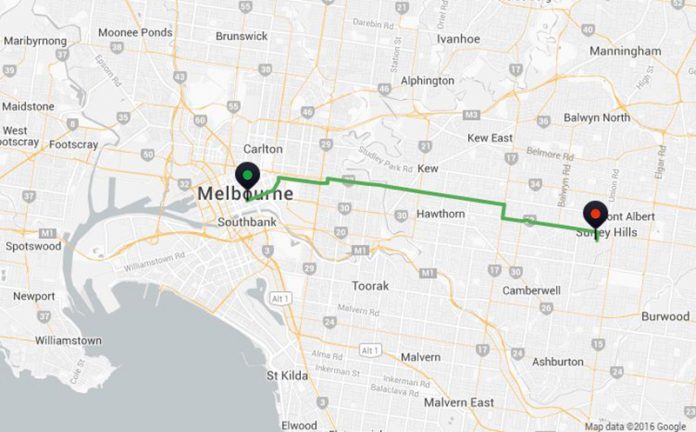 An Uber driver has been dismissed from the platform after calling a gay couple faggots and asking them to leave his car in Melbourne on Saturday night.

The homophobic rant began after Lucy Thomas and her partner Chelsea Lang talked casually to the Uber driver about attending a football match later in the night.

“He said ‘I hate football, it’s for a bunch of faggots who go around touching each other.'” Thomas explained to Mashable.

“His tone was really cheery, but when he paused, I said ‘listen, I understand the spirit of what you’re saying, but for me and others in my generation, that word is totally inoffensive.'”

As his tone changed, Thomas thought the only way people would believe this was happening was to record it so she pulled out her iPhone and began recording, which she placed on twitter on Sunday.

After being threatened by our @uber driver, my girlfriend and I stood up to him and recorded it. LISTEN: https://t.co/5IIdpBLSHJ #homophobia

“What, are you going to give me a one rating and make a complaint?” he taunts in the clip.

He also threatens to drag them from his car if they do not get out.

So grateful for all of the love and support coming from Twitter after this awful experience over the weekend ??? https://t.co/bwUUrcKsv0

After they leave the Uber she contacts the company immediately who say they will investigate.

Late on Monday media reported that Uber had removed the driver from their platform and issued a statement.

“Uber does not tolerate any form of discrimination, and we have been in contact [with] this rider to offer our support,” a company spokesperson told Mashable Australia.

“As soon as we were made aware of this incident, we removed the driver from the platform.”

THEY SACKED HIM ???✨ thanks @UberAus

According to Uber’s Code of Conduct they have “zero tolerance policy” when it comes to harassment and abuse.

Later on again, Thomas tweeted a heartfelt message from another Uber driver apologising for what they had to go through and offering to take them in their Uber anytime.