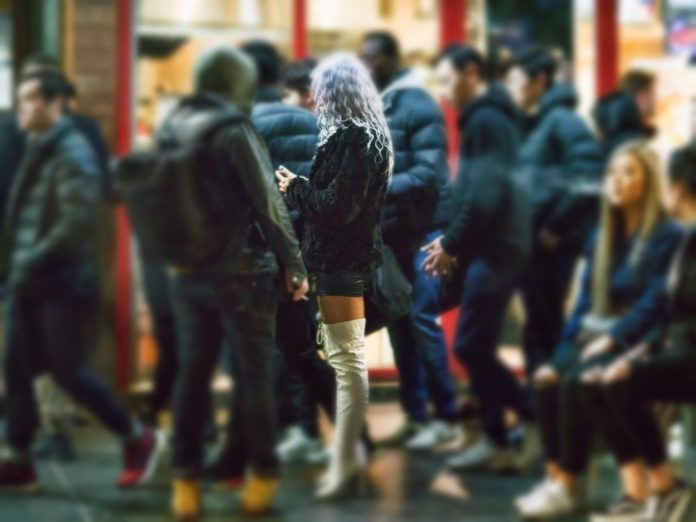 Three trans influencers were beaten, robbed, and humiliated in a brutal attack by a pack of men in LA, while onlookers simply ignored the crime.

Jaslene White Rose, Eden the Doll, and Joslyn Flawless who are the victims at the centre of the incident found themselves attacked on busy Hollywood Boulevard in Los Angeles.

This incident which was recorded by one of the men who then shared the attack on his social media was eventually tracked down by Eden the Doll, who then shared it to her own story, highlighting the brutality of the attack along with the complete lack of action from onlookers, including local police.

According to the 25-year-old YouTuber, the incident started following one of the men stealing her phone as she and her two friends were waiting for their Uber to arrive.

“We initially tried to get it back, but his friends started throwing rocks at us. We tried to run away but they chased us down,” Eden the Doll explained.

One of the group then stole Jaslene’s bag before striking her. When Joslyn fell to the ground, having recently undergone hip surgery, the men simply watched and laughed.

Desperately attempting to retrieve their belongings and leave, one man then ran at Jaslene from behind before hitting her over the head with a large object, leaving her unconscious on the road. Eden begged with the group to call an ambulance, but they laughed and made jokes about Jaslene being “dead.”

At one point, the video captures a police car slowing down while the attack is going on, before speeding away again.

“This is the scariest moment of my life. I hear sirens and pray that we finally get saved,” Eden said.

“The cops stopped, looked and kept driving… my heart sank, I thought this was it… more people kept walking past us. No one is stopping, no one is helping, no matter how much I begged.”

“Women. Men. Our brothers and sisters. Laughing at us. This is our America,” she added.

Scariest moment of my life. This is where i was while @edenthedoll and @jaslenewhiterose were crying for help. He held a crow bar to my face and threatened to kill me unless I stripped my shoes off and gave him my jewelry and all my processions. He said if i was trans he would kill me. He then forced me to hold his hand while he looks for my friends to kill them for being trans. Meanwhile men and WOMEN screaming that I’m a man and telling him to beat me. Please help us find them. PLEASE

Joslyn has since posted another video on Instagram and wrote, “He held a crowbar to my face and threatened to kill me unless I stripped my shoes off and gave him my jewellery and all my possessions. He said if I was trans he would kill me.”

Eden explained that while she was okay, Joslyn and Jaslene were “really hurt,” from the attack. The incident has been reported to the Los Angeles Police Department.