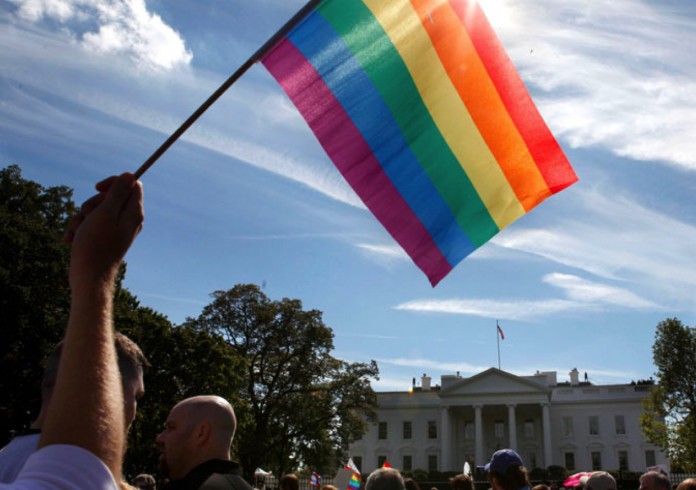 An amendment to the Civil Rights Act of 1964 that will ban discrimination against any person on the basis of their sexual orientation or gender identity has been officially endorsed by The White House.

The White House’s “strong support” for the amendment was announced by White House Press Secretary Josh Earnest, who described the Equality Act as “historic legislation that would advance the cause of equality for millions of Americans.”

“We look forward to working with Congress to ensure that the legislative process produces a result that balances both the bedrock principles of civil rights . . . with the religious liberty that we hold dear in this country.”

Human Rights Campaign president Chad Griffin said “The unfortunate reality is that, while LGBT Americans can legally get married, millions remain at risk of being fired or denied services for who they are or who they love because the majority of states still lack explicit, comprehensive non-discrimination protections.”

“By endorsing the Equality Act, the White House sent a strong message that it’s time to put the politics of discrimination behind us once and for all. Now it’s time for Congress to act. Everyone should be able to live free from fear of discrimination and have a fair chance to earn a living and provide for their families, including people who are lesbian, gay, bisexual, and transgender.”

A recent poll conducted by the Human Rights Campaign of 950 American voters showed that 78 percent were in favour of the proposed amendment as opposed to 16 percent against the amendment.

As highlighted by the American Civil Liberties Union, LGBTI Americans in more than half of the United States can be turned away from jobs, housing and services with no specific or clear protections from federal law.

“Women and communities of colour still do not have protection against discrimination in all instances of federal funding or public accommodations,” explained  National Political Director of the American Civil Liberties Union, Karin Johanson.

“We hope that Congress will follow the President’s lead by giving the Equality Act a fair hearing and consideration in this Congress.”