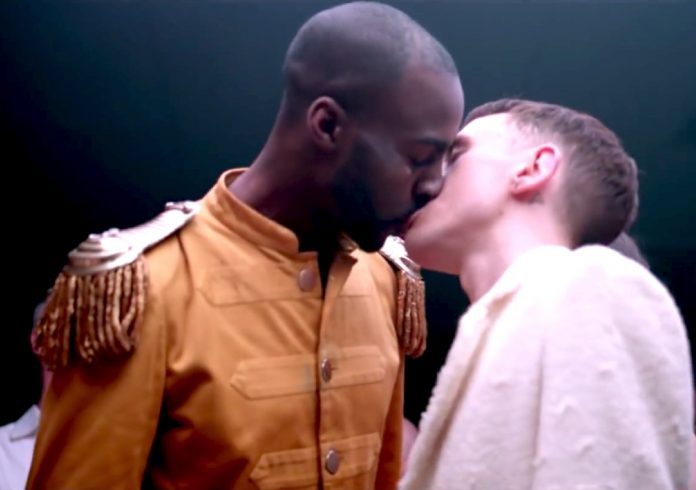 A recent music video for British electronica band, Years and Years has been censored in Russia for featuring a same-sex kiss.

The “controversial” video in question by Russian censorship officials is the smash hit Desire which has amassed over 19 million views on youtube alone so far.

Years and Years who consist of openly gay frontman and keyboard player Olly Alexander, bass guitarist Mikey Goldsworthy, and keyboardist Emre Türkmen say they were informed about the censorship recently.

“Someone got in touch with me just yesterday from Russia saying that they play it, but they blur out the bit when I kiss another guy,” explains Alexander.

Russia who currently ban the “promotion” of homosexuality to minors under the nation’s infamous and internationally controversial “gay propaganda” laws which were introduced under President Vladimir Putin in 2013.

A statement which was released in conjunction with the Desire video, Alexander criticises the lack of LGBTI role models in mainstream pop.

“We shouldn’t have to feel scared about putting our sexualities and identities on display in all their beautiful, interlocking, multi-layered multi-coloured glory.”

“I want to be proud. Proud to shove it in people’s faces if I want to.”

The video Desire is not the first time Alexander has publicly shown his LGBTI pride with the singer draping himself in a rainbow flag during a show in Warsaw, Poland.