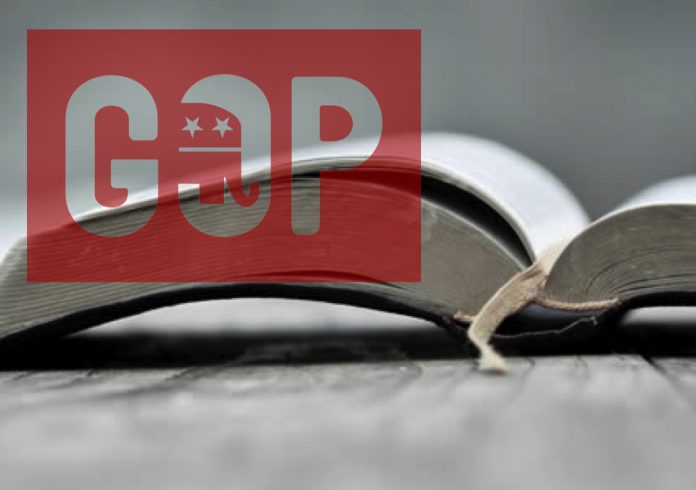 A homophobic Bible verse that calls for the death of homosexuals has been read out by a House Republican during a conference meeting.

The verse which was lead by Georgia Republican Rick W. Allen was heard shortly before the chamber voted on a bill amendment barring discrimination based on one’s sexual orientation and gender identity.

The opening prayer Romans 1:18-32, and Revelations 22:18-19 which intended to condemn members of the LGBTI community, has further deepened the divide that is in existence between Republicans and Democrats and has been condemned by both gay and human rights advocates.

Passages in the verses readout by Allen, refer to homosexuality and the penalty for homosexual behaviour. Romans 1:27 – “leaving the natural use of the woman, burned in their lust one toward another; men with men working that which is unseemly, and receiving in themselves that recompense of their error which was meet.”

Allen also recited lines 28-32 – “And even as they did not like to retain God in their knowledge, God gave them over to a reprobate mind, to do those things which are not convenient; Being filled with all unrighteousness, fornication, wickedness, covetousness, maliciousness; full of envy, murder, debate, deceit, malignity; whisperers, Backbiters, haters of God, despiteful, proud, boasters, inventors of evil things, disobedient to parents, Without understanding, covenant breakers, without natural affection, implacable, unmerciful: Who knowing the judgment of God, that they which commit such things are worthy of death, not only do the same but have pleasure in them that do them.”

Unfortunately, with Republicans holding the majority in the House the anti-discrimination bill was defeated on a resounding 112-305 vote.