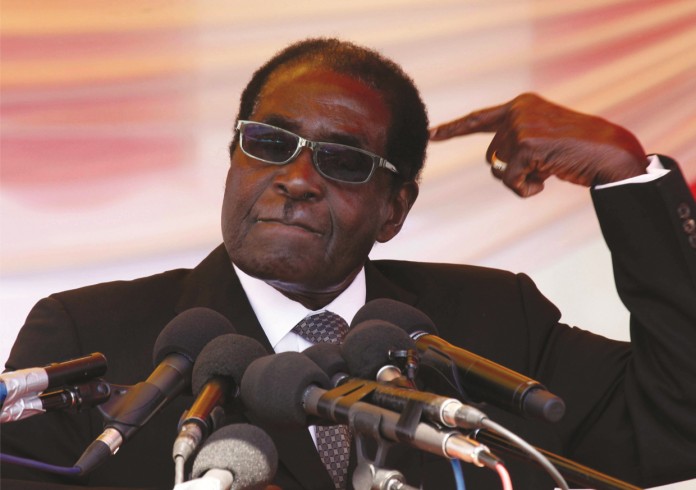 The President of Zimbabwe, Robert Mugabe has made his position clear on LGBTI Rights at the United Nations General Assembly in New York.

While addressing fellow leaders that included US President Barack Obama, China’s Xi Jinping and Russia’s Vladimir Putin at the United Nations General Assembly, 91 year old Mugabe announced that he and his countrymen “are not gays.”

“Respecting and upholding human rights is the obligation of all states and is enshrined in the United Nations charter,” he explained.

“Nowhere does the charter abrogate the right of some to sit in judgment over others.”

“In that regard, we reject the politicization of this important issue and the application of double standards to victimize those who dare think and act independently of the self-anointed prefects of our time.”

“We equally reject attempts to prescribe new rights that are contrary to our values, norms, traditions, and beliefs.”

“We are not gays,” said Mugabe to an odd combination of laughter gasps, and applause.

“Cooperation and respect for each other will advance the cause of human rights worldwide. Confrontation, vilification and double-standards will not.”

Zimbabwe appears to be one of the most homophobic nations in the world, with gay sex being illegal, the President describing LGBTI people as “worse than dogs and pigs,” and new legislation in 2006 that makes it a criminal offence for two people of the same sex to hold hands, hug, or kiss.

Mugabe’s comments come just a day after the Saudi foreign minister told the United Nations that his country has the right to ignore any “deviations” in its definition of sex and family.