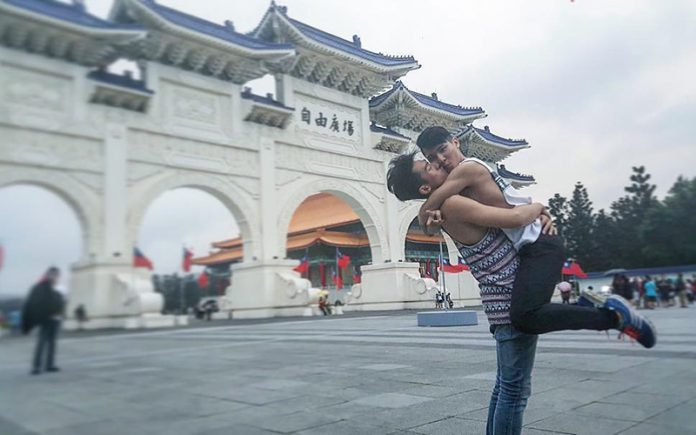 More than 80,000 people have braved the rain to fight for equal rights and same-sex marriage during Asia’s largest gay pride march in the Taiwanese capital of Taipei.

People from all walks of life and facets of the gay community came together after a tumultuous year in Taiwan where it now seems certain they will achieve same-sex marriage status soon and be the first Asian country ti grant full equality to LGBT couples.

On the eve of the parade, Taiwan’s Justice Minister, Chin Tai-san, gave marchers fresh hope by pledging that the new government, elected earlier this year, had a clear position on same-sex marriage and backed equality.

The official parade theme was “fun together, honour diversity”, but many in the crowd said that marriage equality was their priority.

“It would make me so proud if my country became the first in Asia to legalise same-sex marriage,” said businessman Ted Chen to The Telegraph, who was marching with his Australian teacher boyfriend, Sam Livingston.

The couple, who recently moved to Taiwan after meeting in Thailand 18 months ago, were bashful about whether they were personally ready to marry, but said they desired the right to do so “one day.”

Taiwan, an island of 23 million, is in many ways a liberal beacon in a region where the citizens of some countries can still be jailed for their sexual orientation.